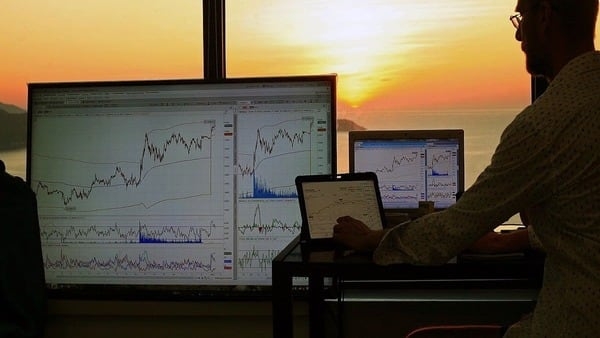 On a weekly basis, Sensex and Nifty fell almost 4 percent each while the BSE Midcap and smallcap indices fell 6 percent and 7 percent respectively. Photo Credit: Pixabay

Erasing all gains of the day, the market benchmarks the Sensex and the Nifty ended in the red on May 13, extending the losing streak into the sixth consecutive session as concerns over inflation and aggressive rate hikes linger.

India's retail inflation in April surged to an eight-year high of 7.79 percent, aggravating fears that the RBI will hike rates more aggressively in its next policy meet in June. The US inflation print has also come above the estimates which can result in a more aggressive hike by the US Fed which will increase the pace of capital outflow by FIIs from the Indian market.

Some analysts pointed out that the market did not see a crash as high domestic inflation data failed to spook investors since the recent selloff has already absorbed the ongoing uncertainties in the market.

Vinod Nair, Head of Research at Geojit Financial Services underscored domestic market witnessed a rebound as buyers took the recent correction to their advantage following the trend of the global market. However, the weakness seen in the banking sector triggered a late selloff.

Shares of Sun Pharma, Mahindra & Mahindra, HUL, ITC, Titan and Reliance Industries ended as the top gainers in the Sensex index. On the other hand, SBI, ICICI Bank, NTPC, Bharti Airtel, Axis Bank and Maruti ended as the top laggards in the index.

Among the sectors, the BSE Auto index rose 2.47 percent while industrials, healthcare, FMCG, consumer discretionary goods & services and consumer durables indices rose over a percent each.

On the flip side, power, metal, utilities and telecom indices fell more than 2 percent each.

On a weekly basis, Sensex and Nifty fell almost 4 percent each while the BSE Midcap and smallcap indices fell 6 percent and 7 percent respectively.

"Global headwinds are currently weighing on the sentiment and the domestic factors are also not very encouraging. The fresh selling pressure in the banking pack is further adding to the negativity. We thus reiterate our negative view and suggest continuing with the “sell on the rise” approach. Since most sectors are reeling under pressure, participants should align their positions accordingly and avoid contrarian bets," said Ajit Mishra, VP - Research, Religare Broking.

The overall market capitalisation of BSE-listed firms dropped to ₹241.4 lakh crore from ₹255.2 lakh crore on May 6, making investors poorer by ₹13.8 lakh crore in a week.

Crude oil prices rose again as the Brent Crude traded near the $110 a barrel mark while the rupee ended 2 paise lower at 77.45 per dollar.