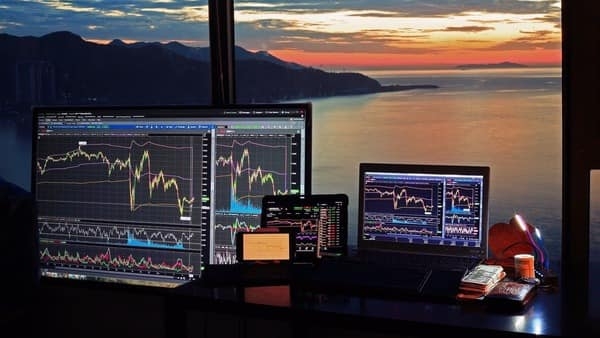 Market benchmarks the Sensex and the Nifty ended flat on May 5 as traders squared off positions a day after the RBI and US Fed raised rates.

“Markets erased most of their early gains due to profit taking in realty stocks, pharma and PSU banking stocks. The early momentum failed to sustain as investors turned risk averse amid worries of high inflation and prospects of more rate cuts that will slow growth going ahead. Another factor is investors are pulling out funds from secondary markets and infusing in the ongoing LIC IPO," said Shrikant Chouhan, Head of Equity Research (Retail), Kotak Securities.

Among the sectors, BSE Power, IT and Teck indices rose almost 2 percent. On the flip side, realty index fell 1.6 percent while healthcare and FMCG indices fell up to half a percent.

Crude oil prices climbed over $110 a barrel mark while the rupee closed 16 paise higher at 76.26.

"The fear of an aggressive rate hike by the Fed was the prime reason for global volatility during the past few days. Fed’s decision to remain less hawkish with a 50bps rate hike downplayed the investor’s worries, helping the global markets to rally. However, the domestic market trimmed its gains towards the end of the day following a sell-off in US futures," Vinod Nair, Head of Research at Geojit Financial Services observed.

Ajit Mishra, VP - Research, Religare Broking underscored with all major events behind us, the focus would return to earnings and upcoming macroeconomic data.

"We reiterate our bearish bias in Nifty and suggest continuing with the 'sell on rise' approach. Stocks, on the other hand, are offering opportunities on both sides so traders should align their positions accordingly," said Mishra.

Things to know about active and passive investments