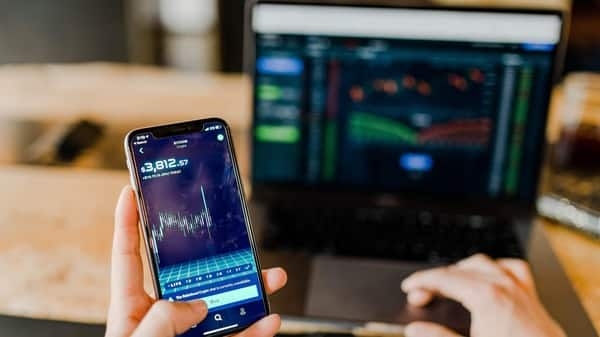 Market benchmarks - the Sensex and the Nifty - started the week on a negative note and ended in the red on April 11.

Media reports are suggesting Russia's attack on eastern Ukraine has intensified even as Austrian leader Karl Nehammer is to meet Russian President Vladimir Putin in Moscow on April 11 to discuss an end to the ongoing war.

Concerns over soaring inflation have been keeping investors worried. India's March retail inflation prints will be out on April 12. Retail inflation rose to 6.07 percent in February, breaching the Reserve Bank of India’s (RBI’s) upper tolerance limit of 6 percent for the second consecutive month. The ongoing Ukraine war has shot up prices of commodities higher and if prices remain elevated for a prolonged period due to supply constraints, it will have a huge impact on India's macro and the earnings of India Inc.

India's 10-year bond yields are now near 7.15 percent after RBI signalled it plans to embark on policy normalisation. Meanwhile, crude oil prices eased and Brent Crude traded below the $100 a barrel mark. The rupee ended 5 paise lower at 75.96 per dollar.

Shares of HCL Tech, Larsen & Toubro, Infosys and Wipro ended as the top laggards in the Sensex index, each falling more than 2 percent.

Mid and smallcaps, however, outperformed as the BSE Midcap and Smallcap indices closed 0.41 percent and 0.38 percent higher, respectively.

Mid and smallcaps have been outperforming the benchmark Sensex of late primarily because foreign investors are selling largecaps.

"Largecaps are falling because foreign institutional investors (FIIs) are sellers and buying by domestic institutional investors (DIIs) is not substantially more than FII selling. The inflow of new investors continues and these new investors are focusing largely on small and mid (SMC) caps. Hence, SMC stocks are outperforming. This scenario is likely to continue through Q1FY23 since Fed would tighten the rates and also reduce its balance sheet size. This would weaken the rupee and hence FIIs are likely to remain sellers or stay on the sidelines for the whole of Q1FY23," said G Chokkalingam, Founder & MD of Equinomics Research & Advisory.

Even as the benchmarks ended in the red, more than 260 stocks, including ITC, Adani Enterprises, Adani Green Energy, Adani Transmission, Bank of Baroda, Cholamandalam Investment and Finance Company and Vedanta, hit their 52-week highs on BSE.

Among the sectors, BSE Power and Utilities indices surged more than 5 percent each while oil & gas and energy indices rose up to 2 percent. IT and teck indices fell over a percent each.

"Negative sentiment across Asian equities had a bearing on local stocks, as investors followed suit and trimmed their positions in risky counters. Investors, especially, shunned technology stocks ahead of TCS results because of fears that any subdued outlook for the next quarter earnings could ignite further selling in the sector going ahead," Shrikant Chouhan, Head of Equity Research (Retail), Kotak Securities.