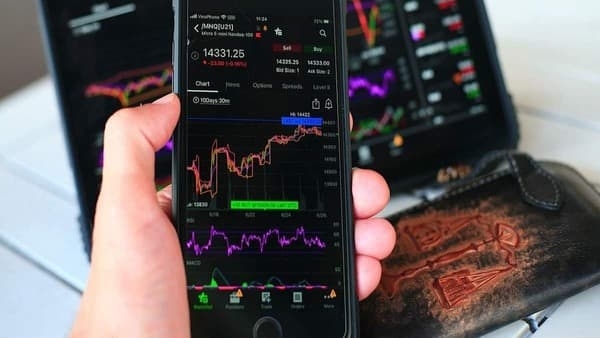 Key equity indices the Sensex and the Nifty ended in the red on April 29 as investors booked profit across sectors keeping the near-term uncertainty in mind.

Domestic equities witnessed a swift wave of profit booking in the final hour of trade which dragged the key indices nearly a percent lower.

After opening in the green, the Sensex traded higher for the most part of the day before falling prey to a strong wave of a selloff. Investors sold off equities of all sectors as concerns over inflation, imminent rate hikes, geopolitical tensions, uninspiring quarterly earnings and faltering growth seem to have refused to fade away.

The ongoing Ukraine war has shot up commodity prices which will keep the margins of companies using crude oil and other commodities as key raw materials under pressure in the next two-three quarters.

Crude oil prices also rose as the benchmark Brent Crude traded near $110 a barrel mark while the rupee ended 6 paise higher at 76.43 per dollar.

Growth in most economies is slowing which is influencing the mood of the market. US GDP fell at a 1.4 percent annualized rate in the first quarter owing to Omicron cases and a cut in liquidity from the government.

"Dips were encouraging investors to accumulate quality stocks with a focus on defensives and domestic growth sectors like manufacturing and capital goods. However, a shrink in the US economy and rate hike expectations in the upcoming Fed meet triggered sell-off in the global market. Domestic market reduced exposure ahead of the shortened next week and opening of India’s largest IPO," said Vinod Nair, Head of Research at Geojit Financial Services.

In sync with the benchmarks, the BSE Midcap and Smallcap indices closed 0.81 percent and 0.58 percent lower, respectively.

For the week, the Sensex slipped 0.24 percent while the Nifty retreated 0.40 percent. Mid and smallcap indices underperformed during the week as the BSE Midcap index fell 1.14 percent and the BSE Smallcap index declined 2.17 percent this week.

"We have been witnessing the index oscillating in a broader range for the last two weeks and there’s no clarity over the next directional move yet. We reiterate our cautious view and suggest waiting for a decisive break from the 16,800-17,300 range. Apart from the global cues, domestic factors like earnings, LIC IPO and auto sales numbers will also be in focus," said Ajit Mishra, VP - Research, Religare Broking.