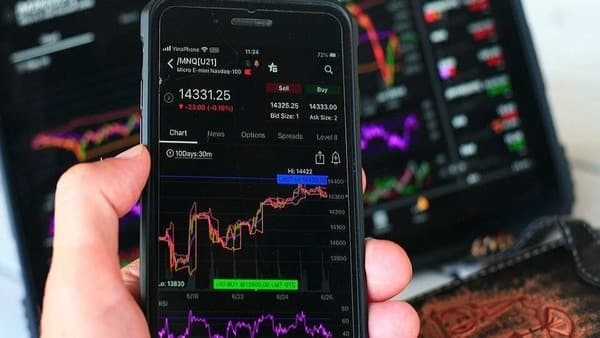 Positive global cues amid reports of talks between Russia and Ukraine lifted market sentiment as the market benchmarks the Sensex and the Nifty extended their gains into the second consecutive session on March 29.

As per Reuters, Ukrainian and Russian negotiators met in Turkey on March 29 for the first face-to-face talks in nearly three weeks, with Ukraine seeking a ceasefire without compromising on territory or sovereignty as its forces have pushed Russians back from Kyiv.

“The steady rise in markets in the last few sessions is due to hopes that the peace talks between the two warring nations could help provide some solutions to end the stalemate. On the other hand, the falling crude prices at a time when inflation has been a major concern worldwide is adding to the optimism. But all eyes will be on the US Fed as rising yields could trigger another rate hike and may put investors in a spot in the near to medium term,” said Shrikant Chouhan, Head of Equity Research (Retail), Kotak Securities.

Mirroring the gains of the benchmarks, the BSE Midcap and Smallcap indices rose 0.66 percent and 0.63 percent, respectively. Most sectoral indices clocked gains, with pharma, basic materials, realty and consumer durables rising over a percent each.

In the two days of gains, the overall market capitalisation of BSE-listed firms jumped by ₹1.8 lakh crore to ₹261.62 lakh crore from ₹259.85 lakh crore on March 25.

"Reports of peace talks between Russia and Ukraine along with weakening crude prices helped the global markets to trade firm. Gains in the Asian markets were led by Japanese shares as the Bank of Japan maintained its ultra-loose monetary policy in order to control rising yields. Crude prices are settling following the prospects of a peace talk and in expectation of lower demand from the Chinese market due to increased covid restrictions," said Vinod Nair, Head of Research at Geojit Financial Services.

As per Ajit Mishra, VP - Research, Religare Broking, derivative monthly expiry and auto sales numbers will remain in focus in the near term. Meanwhile, markets will continue to take cues from global peers. "Volatility will continue to remain high, so we would suggest investors focus on stocks selection and traders to keep hedge positions," said Mishra.