Among Asian markets, Indian markets are the second-worst performing market. Only Hong Kong, down 4.6 percent in February, has declined more than India. 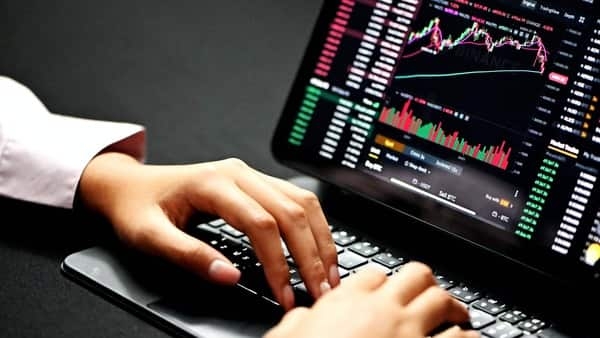 Among Asian markets, Indian markets are the second-worst performing market. Only Hong Kong, down 4.6 percent in Feb, has declined more than India.

Equity markets globally turned volatile towards the latter part of February 2022 as the geopolitical tensions between Russia and Ukraine escalated. Further rise in oil prices leading to globally elevated inflation levels and outlook of aggressive Fed rate hikes continue to remain challenging for the equity markets

However, despite the volatility, Indian markets outperformed several global peers in February. The Indian benchmark index Nifty declined 3 percent in Feb as foreign investors continued to withdraw money on rich valuations and weak outlook due to rise in inflation on the back of the surge in crude oil prices. However, the continuous inflow of money by domestic investors and mutual funds trimmed some losses, which could have been worse.

While Nifty has lost 3 percent in February, it is less than European markets Germany and France which have shed 6.5 percent and 5 percent, respectively. However, the UK markets have been flat for the month. Meanwhile, among US markets, all benchmark indices have fallen a little more than Nifty. Dow Jones is down 3.5 percent, Nasdaq shed 3.4 percent and S&P 500 lost 3.1 percent during the month.

Among Asian markets, Indian markets are the second-worst performing market. Only Hong Kong, down 4.6 percent in Feb, has declined more than India. Shanghai (China) has risen 3 percent, South Korea is also up 1.3 percent whereas Japan is down around 2 percent for the month of February.

However, Russia has witnessed the maximum decline among gall global peers in February after the country invaded its neighbor Ukraine making the geopolitical tensions worse and lifting crude oil to seven-year highs. The Russian benchmark index has tanked 30 percent in the month of February.

India's decline is in-line with the MSCI Emerging Market index, which has lost 3.1 percent, however, the MSCI World index is down 2.7 percent.

Going ahead, experts believe that the global and domestic markets over the next few weeks (depending on the outcome of the Russia-Ukraine conflict) will likely stay influenced by the current geopolitical tension.

"Western countries' decision to levy restrictions and sanctions on Russian banks can have near-term consequences on global inflation, investment and trade. We thereby see upside risks to global and domestic inflation. Further, higher domestic inflation poses upside risks to interest rates as well," Kotak Securities said in a report. Also, a further rise in global and domestic bond yields over the next few months could provide some headwinds to equities, it added.

Focussing specifically on Indian markets, the brokerage noted that given increased uncertainty due to geopolitical concern and increased inflation risks, global investors would be careful towards increasing their exposure to emerging markets.

"Any early resolution to the geopolitical conflict would provide some stability to the market and also lower the inflation risk. However, the near-term outlook looks uncertain for the time being and that will likely keep equity markets volatile," Kotak said.