Markets in February: Nifty logs biggest loss since Nov 2021; only metal index in the green

Markets in February: Nifty logs biggest loss since Nov 2021; only metal index in the green

Indian markets fell 3 percent in February 2022, logging their biggest decline since November 2021 on the back of worsening geopolitical tensions between Russia and Ukraine. 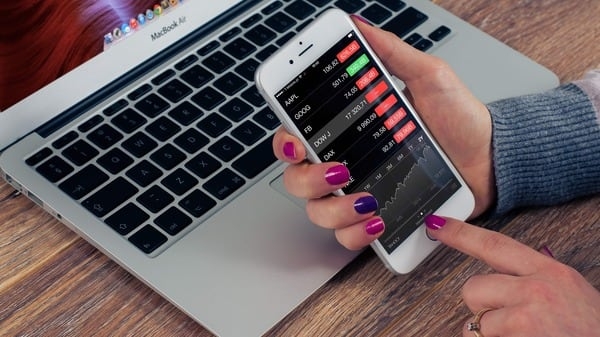 Indian markets fell 3 percent in February 2022, logging their biggest decline since November 2021 on the back of worsening geopolitical tensions between Russia and Ukraine.

Indian markets fell 3 percent in February 2022, logging their biggest decline since November 2021 on the back of worsening geopolitical tensions between Russia and Ukraine. The surge in crude oil prices due to the crisis and inflation led interest rate hike outlook by global central banks further weakened the sentiment.

The Nifty and Sensex lost as much as 3 percent during the month. Before February, the biggest monthly decline was witnessed in November 2021, when the markets fell around 4 percent.

Broader markets also witnessed massive fall with the midcap and smallcap index down around 5 percent and 10 percent, respectively. Among sectors, all, except Nifty Metal, declined during the month. Nifty PSU Bank lost the most, down 8 percent followed by Nifty Realty and Nifty Auto, down 6 percent each. Nifty Bank and Nifty Finance shed around 4 percent each while Nifty Pharma and Nifty IT logged minor losses.

Nifty Metal was up over 7.5 percent for the month led by Hindalco and Tata Steel jumping 17 percent and 12 percent, respectively.

"The 'short war' scenario has changed a bit. Putin's threat of putting the nuclear deterrent on high alert has caused some nervousness. The uncertainty is way too high and depending on the outcome, markets can move down or up. Commodities - metals, crude/ gas, agri-commodities- are all on uptrend. Inflation is going to be a major headwind for the Indian economy and interest rates will go up. This is market negative," said V K Vijayakumar, Chief Investment Strategist at Geojit Financial Services.

Vijaykumar advised investors that trading in this market is extremely risky. Investors may wait and watch the situation before taking some calls on market direction and increasing the cash levels in portfolios may be considered, he added.

On the Nifty50 index, less than 20 stocks ended the month in the green while the remaining stocks gave negative returns for the month of February.

UPL, HDFC Life and SBI Life fell in double digits, down between 12-16 percent each during the month while M&M, Tata Motors, BPCL, UltraTech Cement, SBI, Indian Oil, HDFC, and Grasim lost over 5 percent each.

Among gainers, Hindalco, Tata Steel, and Titan rose over 10 percent each while Divi's Labs, Bajaj Finserv, and Coal India added over 5 percent each.

Neeraj Chadawar, Head - Quantitative Equity Research, Axis Securities believes that the current geopolitical developments are likely to be at center stage for some more time before we conclude a concrete market direction. Oil prices have already crossed 100$/bbl, posing a downside risk to global economic growth.

Going ahead, Chadawar noted that March will be an eventful month marked by the FED meeting, state election result, LIC IPO. Furthermore, the direction of the oil prices, bond yields, dollar index, and development on the current geopolitical event will drive the market fundamentals.

"Commodities will be the biggest gainers, given the Russia-Ukraine crisis. Energy prices are likely to go up in the near term, and oil could see a major rise in the short run. As long as the Russia-Ukraine heat continues, the commodity will be a dominating theme versus the consumption theme," he further stated.