Markets to remain ‘uncertain’ in the near term; experts suggest these 10 large cap stocks to buy

Markets to remain ‘uncertain’ in the near term; experts suggest these 10 large cap stocks to buy

The uncertainty in the market demand a prudent approach of investing. For conservative and risk-averse investors, quality large cap stocks that are fundamentally strong, should be the preferred bets at this juncture. 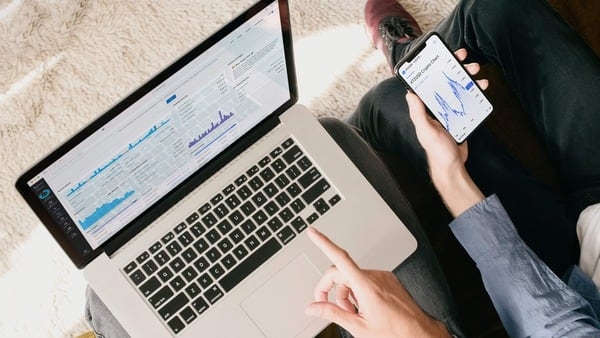 The road ahead looks hazy as there is much uncertainty as to what will be the impact of the ongoing Ukraine war on the global economy.

Indian stock market has been volatile since February due to the Russia-Ukraine war, a sustained capital outflow by foreign investors, rising inflation and the sluggish pace of economic recovery.

The road ahead looks hazy as there is much uncertainty as to what will be the impact of the ongoing Ukraine war on the global economy as it already has pushed the crude oil prices sharply higher and other commodities too, including base metals, are trading at elevated levels.

This uncertainty demands a prudent approach to investing. For conservative and risk-averse investors, quality large cap stocks that are fundamentally strong should be the preferred bets at this juncture.

"Russia Ukraine conflict has increased inflation and supply chain challenges. Corporates will take another round of price hikes, but it will happen with the lag to ensure it does not curtail demand recovery. Investors should use this market correction as an opportunity to increase allocation to equities and align it to their long-term financial goals," said Sorbh Gupta, Fund Manager- Equity, Quantum Mutual Fund.

Mint Genie talked to various analysts to find their preferred large cap picks at this juncture. Based on analysts' recommendations, here are 10 large cap stocks that you can buy for a one-year investment horizon. Take a look:

The stock has bounced from its long-term moving 200-week simple moving average (SMA) after a sharp decline from its recent high of ₹725.

Its daily RSI has moved higher from its lower range and will resume its uptrend with positive price action. In case of a decline, its multi-month support, which is placed between ₹425 and ₹410, would act as a strong reversal point. A long position can be initiated for a target of ₹580 and a stop loss of ₹400.

The stock has withheld its 200-week average and is making higher bottoms on the weekly charts, indicating a breakout from current levels.

Weekly RSI has started turning upwards crossing its average line and key technical indicators on the near timeframes are positively poised.

On the daily charts, it is crossing its short and medium-term averages and is expected to move higher in the coming weeks. A long position can be initiated for the target of ₹1,680 and a stop loss of ₹1,365.

The management has maintained that there will be a maximum impact of 10-20bps on asset quality from the restructured pool. Given best in class asset quality and expected rebound in growth from FY2023 we are positive that the bank has given reasonable valuations at 2.8 times FY23 adjusted book which is at a discount to historical averages.

Infosys has also been reporting strong deal wins, which in Q3FY22 was $2.53 bn with the deal pipeline being at the highest levels in a long time.

The management has sounded positive and suggested that the demand environment has been extremely strong, and they also increased FY22 Dollar revenue growth guidance from 16.5-17.5 percent constant currency (CC) to 19.5-20 percent year-on-year (YoY).

Given that the demand environment for the overall industry is resilient and expected to sustain going ahead, Infosys is expected to be among the top performers in the large-cap space.

To tap emerging green hydrogen opportunities in India, L&T and Renew Power recently agreed on a partnership, we believe this agreement will help L&T extend its EPC basket to the new and crucial area of Green Hydrogen that is fast taking shape globally.

Its “green” offerings account for about 30 percent of revenue ( ₹277bn) and its foray into green hydrogen could lead to a further increase. We iterate our positive stance on L&T’s execution pace of its robust order backlog (nearly ₹3.4trn, 2.2x TTM sales), sturdy balance sheet and improving Hyderabad Metros financials.

Tata Steel is aiming to double Indian operations steel production capacity to 40 million tonnes (MT) by 2030. Chinese steel curbs are likely to keep steel prices and a return to profitability at the European operations. India’s share in Tata Steel’s overall consolidated production capacity has risen from 29 percent in 2010 to 57 percent in 2020 and is likely to reach 73 percent by 2030.

After a strong performance in H1FY22, we expect the rest of the year to be stronger for Tata Steel standalone operations. Domestic steel prices are at a discount to import parity prices allowing companies to push through price hikes.

Iron ore integration in domestic operations enables the company to capture the increase in steel prices in profits. European operations are also expected to remain profitable with an improvement in spreads which lead to a further fall in net debt over FY22-FY24 even though Tata Steel will continue to pursue growth capex in India.

United Spirits is majority-owned by Diageo, the largest spirits player globally. With UNSP dominating the volume market share of the whisky segment in India, we believe it is well placed to ride on the rise in consumption of alcoholic beverages in India, driven by the underlying demographic advantage and the change in perception towards alcohol.

Diageo is a global leader with a 17 percent share in spirits and 40 percent in scotch globally. India being the largest whiskey market, is very important for Diageo. Over the past few years, United Spirits' management has tightened their seat belts and made a number of positive changes in the company. Their focus on premiumisation, de-focusing of popular category brands, debt reduction, digital push, cost optimization, better product mix and supply chain management are well reflected in the higher margins and superior growth rate of the company.

We remain positive on Alkem given its: (a) superior execution in Acute and Chronic therapies in Domestic

Formulations, (b) leadership position in Trade Generics, and c) new introductions, including Biosimilars. The company plans to file 10-12 ANDAs annually, which will enable it to build a pipeline of products for future launches.

The company aspires to become a global leader in the field of lung health. The launch of key products in the US market will maximize value opportunities.

With sustained efforts on cost optimization and product innovation, the company's performance is likely to improve.

On the charts as well, we can see that it has given a breakout of the major level and we expect this positive momentum to continue in the market.

The company's future growth will be driven by strategic investments and collaborations across all business segments, as well as a leadership position in the digital services platform and an omnichannel retail strategy.

Stronger fuel margins will be aided by a recovery in global oil and energy markets. On the charts as well, we can see that the stock has reversed from the support of the previous breakout, and it is also near the support of 200-EMA (exponential moving average) and we expect the positive momentum in the stock to increase with the reversal from this support.

(Disclaimer: The views and recommendations made above are those of individual analysts or broking companies, and not of MintGenie.)