Maruti Suzuki outperforms Nifty50, Nifty Auto index but you should sell the stock; 3 brokerages explain why

Maruti Suzuki outperforms Nifty50, Nifty Auto index but you should sell the stock; 3 brokerages explain why 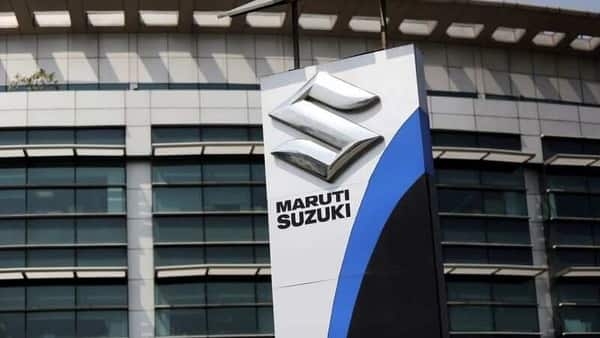 Brokerage firm Axis Capital has a sell call on Maruti with a reduced target price of ₹6,700 from ₹6,900 earlier. REUTERS/Anindito Mukherjee

Would you bet on an auto stock at this juncture when the economy is showing signs of stress, inflation is soaring, crude oil prices are higher, volume is shrinking and rising input cost is going to put pressure on the margins?

For many analysts, the auto sector is a zone of caution. The short and medium-term outlook for the sector is gloomy and even the sectoral major Maruti, despite its market reach and healthy fundamentals, is not finding favours from brokerages and analysts.

Shares of Maruti have risen 3 percent in the current calendar year so far against one percent fall in Nifty Auto and benchmark Nifty50.

Brokerage firm Axis Capital has a 'sell' call on Maruti with a reduced target price of ₹6,700 from ₹6,900 earlier. The brokerage firm has cut Maruti's FY23E and FY24E earnings per share (EPS) by 5 percent and 1 percent respectively on slightly lower volume and margin assumptions (cost pressures, limited pricing power).

As per Axis, the stock still trades at premium valuations (37 times and 28 times FY23E and FY24E core EPS, respectively). The brokerage believes sustained concerns around market share and profitability could drive rerating.

Axis said that "investor optimism around a repeat of FY12-17 upcycle for the stock is unjustified as (1) share loss over FY10-12 was driven by the launch of multiple models by peers in entry segment where Maruti had strong positioning and offered attractive value proposition (and still does), therefore competitor models fizzled out after the initial success and (2) the launch of Baleno, Brezza and Ertiga over 2012-16 helped MSIL capitalize on relatively new segments with limited competition (sub-segment HHI of more than 5,000) where consumers were looking for alternatives."

This time around, Maruti is a late entrant in highly competitive (segment HHI of nearly 1,500) and SUV segments in which gaining a meaningful share will be a big challenge especially given its positioning as a value brand, Axis observed.

Despite building in some benefit from SUV launches, Axis underscored two major concerns (impacting 60 percent of revenues) weighing on Maruti’s market share: (1) sustained shift away from the entry segment – cost increases (more than ₹20,000) due to regulations mandating 6 airbags will hurt demand and (2) increasing competition in current ‘sweet spot’ segments viz. (a) MPV – limited competition for Ertiga/XL6 so far but KIA Carens (premium positioning with strong initial success) and potential launch by Hyundai could have an impact and (b) potential impact on Baleno if sub-compact SUVs (Tata Punch, upcoming Hyundai model) launched at similar price points gain customer acceptance.

Axis expects Maruti's volume and value share to decline to 41percent and less than 30 percent, respectively, by FY25E (45 percent and 31 percent in FY22).

In March, Suzuki Motor said it will invest $1.3 billion (nearly ₹10,445 crore) into electric vehicles and battery production in India.

This is the first big announcement towards EV from Suzuki in India and it will benefit Maruti Suzuki. However, there is no near-term benefit for Maruti. Even though the story of EV is intact and Maruti Suzuki will play a vital role in the passenger vehicle segment, the announced project will take time to come to reality.

Maruti's fourth-quarter numbers are due on April 29 and the numbers are likely to be on the softer side. Apart from the numbers, the management commentary on the outlook will be the key thing to watch out for.

Another brokerage firm Kotak Securities expects Maruti's Q4FY22 revenues to increase by 12 percent YoY led by a 13 percent YoY increase in ASPs due to price hikes taken over the past few quarters and a 1 percent YoY decline in volumes due to the chip shortage issue in Q4FY22.