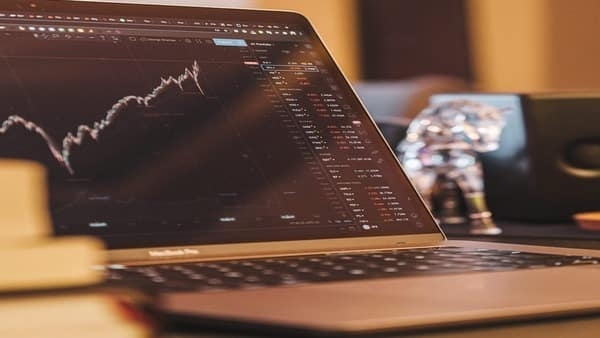 Brokerage firm ICICI Securities in its April 7 report highlighted that 'policy errors' committed by major central banks of the world, such as the US Fed and European Central Bank (ECB), have raised the risk of recession by 2024.

The policy error, as per ICICI Securities is the continuity of quantitative easing (QE) by the US Fed until February 2022 despite a tightening labour market.

QE is a monetary policy strategy used by central banks like the US Federal Reserve under which it increases the supply of money in the system by purchasing bonds and other securities and reducing interest rates.

"A key reason why bond markets are predicting a recession is because of the Fed’s policy error in persisting with QE until Feb’22 despite a tightening labour market, 5.7 percent real GDP growth in the calendar year 2021, and inflation more than double the official target of 2 percent year-on-year (YoY) for core PCE (personal consumption expenditures) index," ICICI said.

The spectre of inverted bond yield

ICICI Securities in its report underscored that the 10-year minus 2-year treasury yield spread is the best predictor of US recessions.

"That yield curve has inverted 6-24 months before each US recession in the 77 years since the end of World War II; in the past 50 years, a US recession has begun every time within 7-24 months from the first day that the yield curve inverted," said ICICI Securities.

"The US economy is thus likely to go into recession by March 2024 – induced by the policy error that the Federal Reserve made in continuing to aggressively expand its balance sheet even as the US economy returned to full-employment (NAIRU, or the non-accelerating-inflation rate of unemployment) by November 2021," said the brokerage.

NAIRU, as per ICICI Securities, is usually reckoned to be 4.5 percent; the US unemployment rate decisively fell below that (to 4.2 percent in Nov’21) and has moved steadily lower since, to 3.6 percent in Mar’22.

The Fed is not alone in its policy error, the brokerage added.

"The European Central Bank (ECB) displayed remarkable hubris at its last meeting on March 10, merely 'scaling back' (i.e. tapering) its asset purchases over the next three months, continuing to buy €40bn in April 2022, then ‘reducing’ its net bond-buying to €30bn in May and €20bn in June 2022 (a level of bond-buying that was previously expected to continue until October 2022)," ICICI highlighted.

This extraordinary level of persistent bond-buying seemed to take no cognizance of the fact that Eurozone CPI inflation had already reached 5.1 percent YoY in January 2022 and 5.9 percent YoY in February 2022, said ICICI Securities.

Unlike the US Fed, which has core PCE inflation as its main inflation target, the ECB targets headline CPI inflation, not core.

But it is nonetheless instructive that even core CPI inflation in the Eurozone has been consistently above 2 percent YoY since October 2021, providing ample signals for the ECB to consider altering its monetary policy approach by the start of the calendar year 2022 (which it failed to do), said the brokerage.

The brokerage firm has lowered its forecast of India’s real GDP growth to 8.2 percent for FY23 amid the expected slowdown in developed-economy growth and global trade volume.

"Since exports of goods and services were expected to be the key driver of India’s growth in the first half of FY23 (Apr-Sep’22), with domestic demand gradually kicking in only later in the year, we are lowering our estimate of India’s real GDP growth in FY23 to 8.2 percent (from 9 percent prior to the Russia-Ukraine war, and the exacerbated policy error by the Fed and ECB amid the inflationary surge)," said ICICI Securities.

"We expect global trade volume to decelerate to 6 percent growth in 2022 -- from an estimated 11 percent in 2021. UNCTAD estimated trade value to have increased 25 percent last year, and India rode that wave to outperform the world with 41.6 percent growth in merchandise exports in 2021," the brokerage said.

Disclaimer: The views and recommendations made above are of the brokerage house and not of MintGenie.