Nifty trades above 17,200. Is it the beginning of an uptrend?

Nifty trades above 17,200. Is it the beginning of an uptrend?

In the last two weeks, Nifty has gained over 6 percent - rising from 16,245 to 17,278 - indicating the momentum is turning bullish after the recent selloff. 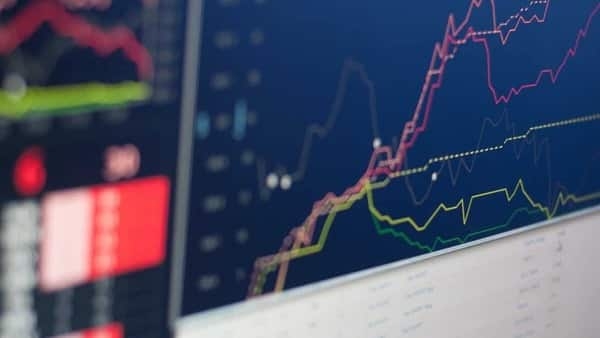 The 200 simple moving average level (SMA) near 17000, was a primary barrier for the index. However, experts underscore that the market's undertone seems bullish and the external factors should not be completely ruled out.

Nifty has been witnessing smart gains in the last few days even as the ongoing war between Russia and Ukraine continues to keep the world worried amid rising crude oil and other commodity prices and soaring inflation.

In the last two weeks, Nifty has gained over 6 percent, rising from 16,245 to 17,278, indicating the momentum is turning bullish after the recent selloff.

On March 17, positive global cues spilled into the domestic market as key indices the Sensex and the Nifty rose about 2 percent. Analysts believe the market may continue its upward trend as global markets surge following the announcement of the US Federal Reserve's first interest rate hike in three years.

The ongoing talks between Russia and Ukraine have given some comfort to the market while the market seems to have factored in the possibility of gradual rate hikes.

Chepa highlighted that traders feel encouraged by a private report which said private equity and venture capital investments in February 2022 totaled $5.8 billion, up 2.3 times from February 2021 ($2.5 billion) and 24 percent higher than investments in January 2022 ($4.6 billion).

Let's shift our focus to what is happening at Nifty50. The index is now trading above 17,000, the level which was seen as a key hurdle by many analysts.

Since the Nifty is now above 17,000, should it be seen as a trend reversal?

The 200 simple moving average level (SMA) near 17000, was a primary barrier for the index. However, experts underscore that the market's undertone seems bullish and the external factors should not be completely ruled out.

"The past few sessions could be deemed as a constructive setup on the charts, and as we alluded to in the last few commentaries, the market has probably formed the bottom around 15,700 the previous week. A decisive move beyond 17,000 is likely to bolster the confidence among market participants, and then we may see market trading with some rationality," said Osho Krishnan, Senior Analyst -Technical and Derivative Research, Angel One.

As per Deepak Jasani, Head of Retail Research, HDFC Securities, the market seems to have made a short-term bottom around 15,700-15,900 levels despite the negative newsflow on the commodity price front.

On the monthly charts, the trend for Nifty remains bullish. However, there may be some intermittent profit-booking due to global cues.

"From current levels, the short to medium-term trend still remains intact and the bulls to continue their bullish command into the markets towards 17000-17500 levels. On the downside immediate support is placed around 15500 levels however any violation of this support zone on a closing basis may cause short-term correction towards 15300-15000 levels," said Axis Securities in a report.

ICICI Direct underscored the formation of higher high-low by Nifty along with multi-sector participation.

"Nifty would endure its northbound journey and head towards 17,300 in coming days as it is 61.8 percent retracement of January-March decline (18,350-15,672). Thus, dips from hereon should be capitalized as buying opportunity as we do not expect Nifty to breach the key support of 16,200 in coming weeks," said ICICI Direct.

Meanwhile, Bank of America (BofA) Securities in a report has predicted Nifty's target of 17,000 by the end of 2022 if there is no further geopolitical issues. In case of further escalation of geopolitical issues, more sanctions and higher commodity prices, Nifty may end the year at 14,000.

"We see CY22 end Nifty at 17,000, aided by macro buffers and limited earnings per share (EPS) impact, with largely unchanged strategy skew favoring domestic cyclicals in financials and industrials. We see Nifty at around 14,000, with a completely defensive skew. For now, we tilt more towards the first scenario. Though index target implies nearly 2 percent upside, we believe sector rotation could drive larger returns," said BofA Securities.