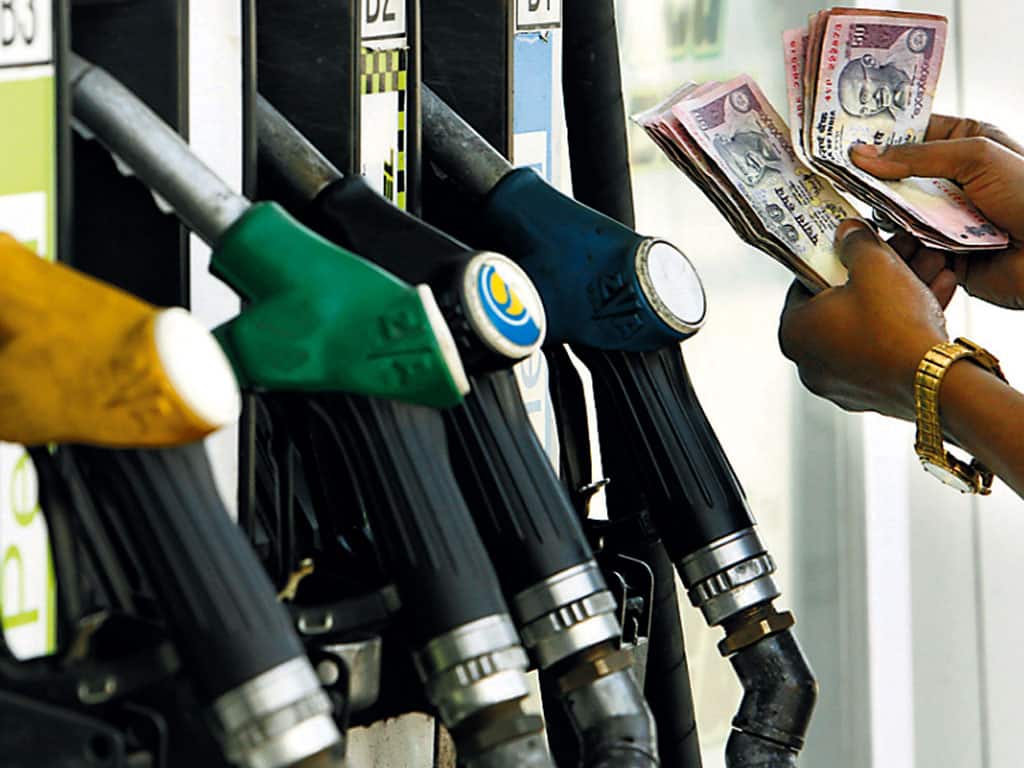 Domestic fuel prices - which are directly linked to international oil prices - have not been revised for a record 120 days.

International oil prices rose above USD 105 per barrel on Wednesday after Russian President Vladimir Putin continues his attacks on Ukraine, but petrol and diesel prices in India remain frozen and are expected to rise after assembly elections in states such as Uttar Pradesh.

Amid fears of supply disruptions due to Russian aggression, the futures contract price for Brent crude rose 4.58 per cent to USD 109.55 a barrel on Wednesday morning, with an April delivery at the ICE in London. The last time Brent exceeded USD 99 per barrel was in September 2014.

Russia makes up for a third of Europe's natural gas and about 10 per cent of global oil production. About a third of Russian gas supplies to Europe usually travel through pipelines crossing Ukraine.

But for India, Russian supplies account for a very small percentage. While India imported 43,400 barrels per day of oil from Russia in 2021 (about 1 per cent of overall its imports)

Domestic fuel prices - which are directly linked to international oil prices - have not been revised for a record 120 days in a row.

India, which meets nearly 80% of its oil needs from imports, faces the risk of inflation hitting consumer demand as global crude prices rose above $100 a barrel to multi-year highs.

India’s retail inflation rate accelerated to 6.01% in January, breaching the upper tolerance limit of the Reserve Bank of India (RBI) after a gap of seven months. And for the 10th month in a row, the wholesale inflation is in double digits, coming in at 12.96% for January. The rural belt was the worst hit as the pace of price rise touched 6.12% from 5.36% in December. While in urban areas, it was 5.91% in January, marginally up from 5.90% a month earlier.

According to experts, higher edible oils component pushed food inflation. While clothing and footwear inflation also soared to 8.84% in January, up from 8.3% in December.

A $10/barrel increase in oil price will raise the inflation by roughly 49 basis points or increase the fiscal deficit by 43 bps as a percentage of GDP if the government decides to absorb the entire oil price shock rather than passing it to the end-users.

If the crude oil price rises to an average of $100 (or $90 per barrel) from the current average of $74 per barrel, inflation is likely to increase by 52-65 bps (32-40 bps), according to a research report from State Bank of India (SBI). Further, the government could face a revenue loss of ₹95,000 crore to ₹one lakh crore on account of the oil price rise, the SBI report said.

Every $10 per barrel increase in Brent crude price will lead to an increase in inflation by 20- 25 bps.

India’s household expenses may shoot up

As far as India is concerned, the Russia-Ukraine crisis could prove to be a major headache for Indian households as well as policymakers. As things stand today, Ukraine and Russia together account for 90% of India’s sunflower oil imports.

Sunflower oil is one of the most popular edible oils consumed in India, alongside palm, soya and other alternatives. In fact, sunflower oil is the second most imported edible oil, next to only palm oil.

Russia accounted for 20% and the balance 10% was from Argentina.  India imports about two lakh tonnes per month of sunflower seed oil.

Amid the tensions with Russia, Ukraine has reportedly not sent a single shipment of sunflower oil in February. The usual shipment from Ukraine in the February-March period is between 1.5 to 2 million tonnes of sunflower seeds and if the ongoing conflict continues for two or three weeks, it will put pressure on the Indian market

India fulfils over half of its gas needs with imports of liquified natural gas (LNG) from Ukraine. A small part of India’s LNG consumption is also met through imports from Russia.

Why fuel revision rates are paused

Rates should be revised on a daily basis, but state-owned fuel retailers IOC, BPCL and HPCL froze rates immediately after the start of the election campaign to elect a new government in Uttar Pradesh, Punjab and three other states

In March 2022, Petrol costs ₹95.41 a litre in Delhi and diesel is priced at ₹86.67. This price is after accounting for the excise duty cut and a reduction in the VAT rate by the state government.

There was a 19-day price freeze on petrol and diesel ahead of Karnataka polls in May 2018, despite international fuel prices going up by nearly USD 5 per barrel. However, no sooner were the elections over, oil companies rapidly passed on to customers the desired increase over 16-straight days post-May 14, 2018. Petrol price climbed by ₹3.8 per litre and diesel by ₹3.38 per litre after the hike.

Similarly, they had stopped revising fuel prices for almost 14 days ahead of the assembly elections in Gujarat in December 2017.

These companies had also imposed a freeze on petrol and diesel prices between January 16, 2017, and April 1, 2017, when assembly elections in five states Punjab, Goa, Uttarakhand, Uttar Pradesh and Manipur were held. 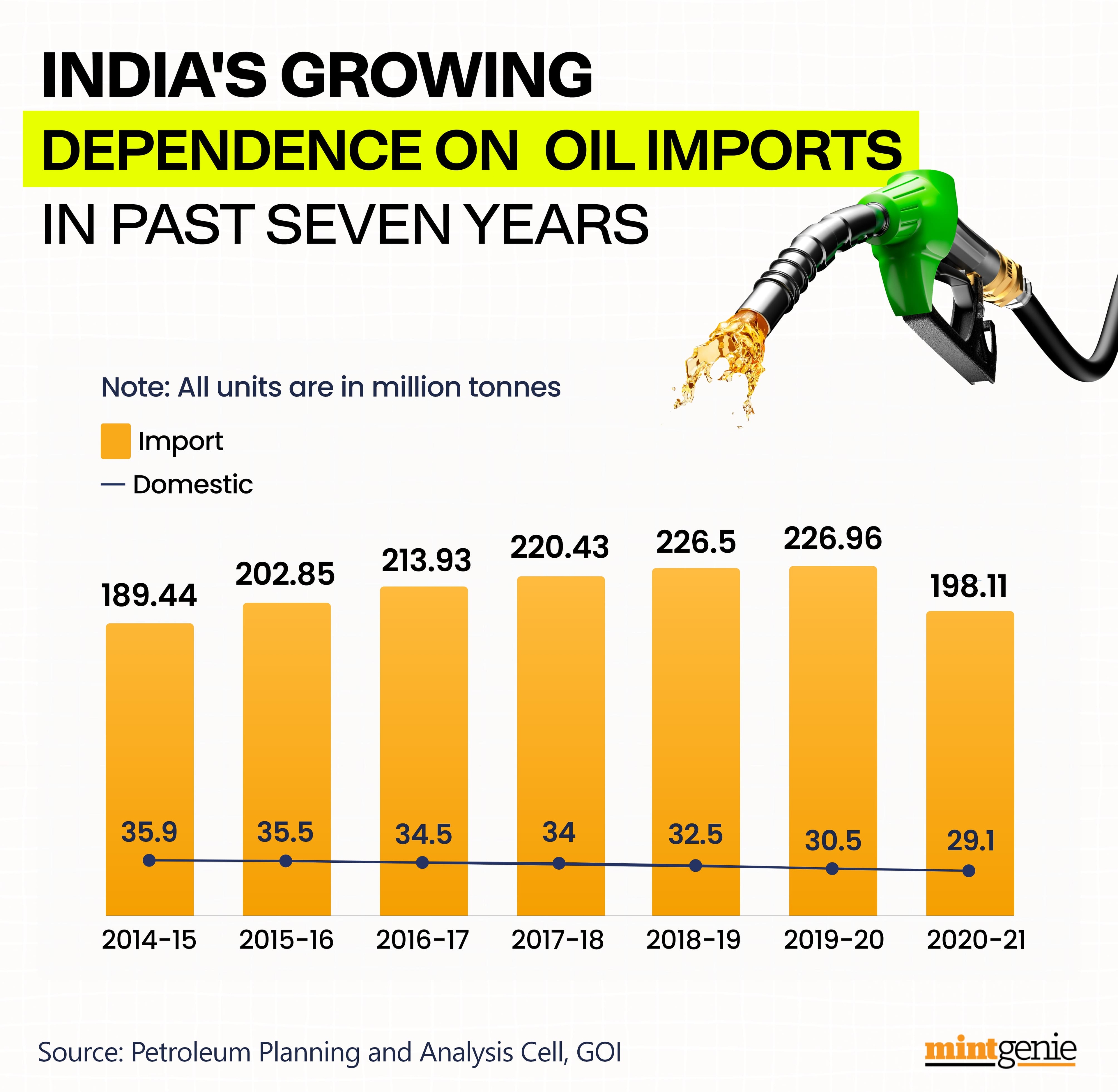