Gas accounts for 58% of domestic gas production for ONGC. 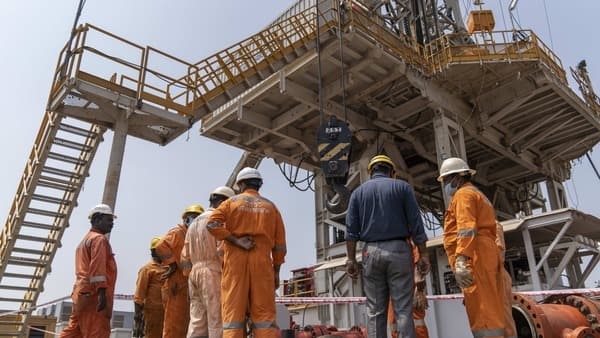 Gas contributes to 58 percent of ONGC's domestic gas output, and a change in the gas price of $1 per mmBtu lowers ONGC's earnings by 5-8 percent.

More than doubling of the price of natural gas produced by the state-owned Oil and Natural Gas Corporation (ONGC) is expected to result in a $3 billion (about ₹23,000 crore) increase in yearly earnings, while Reliance Industries could earn $1.5 billion (around ₹11,500 crore) more, according to a report by Morgan Stanley.

The government from April 1 increased the gas price paid to producers of oil and regulated fields from $2.9 per million British thermal units to $6.10, a record high. For difficult fields, such as deepsea fields of Reliance, the price has gone up by 62 per cent to $9.92 per mmBtu.

In a note, Morgan Stanley said, "A three-pronged deficit in oil markets (inventory, capex, and spare capacity) paired with rising domestic gas output after nearly a decade of reductions lays the environment for a super-cycle in profitability."

Gas contributes for 58 percent of ONGC's domestic gas output, and a change in gas price of $1 per mmBtu lowers ONGC's earnings by 5-8 percent. "We expect a $3 billion boost in earnings in FY23 (April 2022 to March 2023) and, more importantly, a return on capital employed of more than 20% after more than a decade," it stated.

Gas prices for difficult fields (deepwater, ultra-deepwater and high-pressure high-temperature areas) have risen by $3.8 per mmBtu to $9.9 and will be applicable to ONGC's production from KG-DWN-98/2, which is expected to contribute about 14 per cent of domestic gas production by FY24.

With a ramp-up in production from new and existing clusters, Reliance's gas production from its deepsea KG-D6 field has reached 18 million standard cubic metres per day, which is expected to climb to 27 mmscmd by FY24 (March 2024).

"We expect $1.5 billion earnings increase with gas price hikes in F23," it said.

As restricted supplies keep four global benchmark prices at lofty levels, Morgan Stanley predicts a further jump of 25% in the next adjustment scheduled for October 2022.