Paint sector's outlook appears bright, but what should you buy from the sector?

Paint sector's outlook appears bright, but what should you buy from the sector? 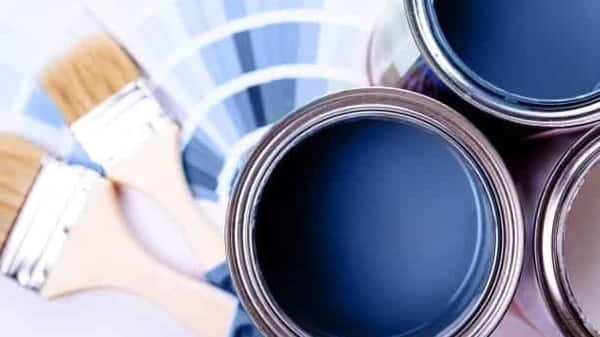 Most paint stocks have been under pressure of late amid concerns over margin due to the sharp rise in crude oil prices led by the Russia-Ukraine war.

Paints stocks such as Indigo Paints, Kansai Nerolac and Akzo Nobel India are down 40 percent, 31 percent and 19 percent below their 52-week highs, respectively.

The stocks of Berger Paints India and Shalimar Paints are down 17 percent and 4 percent, respectively, from their 52-week highs.

Shares of Asian Paints are down 13 percent from their 52-week high while the benchmark Sensex is down 6 percent from its all-time high.

However, paint companies have hiked rates by nearly 20 percent to mitigate the jump in input cost. This, along with a favourable demand scenario, has brightened the outlook for the sector. Many analysts and brokerages feel the sector is going to witness decent growth in the near future.

"The volume trend of the sector is likely to remain at double-digit in Q4FY22 supported by good demand from tier-1 and tier-2 cities and pre-buying activity by dealers in expectation of further price hikes. In the nine months of FY22, paint companies have taken a price hike of about 20 percent due to inflationary pressure on raw material costs," Vinod Nair, Head of Research at Geojit Financial Services, pointed out.

However, a sustained rise in raw material prices is a serious risk for the sector which will erode the margins of the company.

"The sustained inflationary trend in input prices may increase the cost of production and impact the company’s gross margins. On the other hand, industrial paint demand is likely to remain muted due to the tepid demand environment in the auto industry," said Nair.

The outlook for the sector is positive because consumer sentiments have become stronger despite soaring inflation because the commitment to doing the renovation of homes rose as in the last one and a half years, people have stayed inside due to the pandemic and there have been a lot of marriages also.

As Shirish Pardeshi, Senior FMCG analyst at Centrum Broking pointed out in the last two to three years, most the paint companies have launched low-end emulsion so people have been able to upgrade from putty distemper to low-end emulsion. This trend is picking very well. So, the industry is witnessing all-around growth for low-end emulsions as well as premium and mid-premium emulsions.

Pardeshi is positive about the sector but he underscored that investors should focus on the biggest player in the sector rather than the second and third ones.

"The crude shock is a factor to keep in mind so rather than running after the number two and number three players from the sector, we would prefer to stay with Asian Paints because the number player has seen ups and downs in the last three decades and they know how to manage the margins. Second thing is that they have a strong balance sheet so they might have been able to procure a large quantity of raw material at a discounted price which small players might not have been able to do," said Pardeshi.

YES SECURITIES in its recent report said it is positive about the sector despite multiple headwinds including the worst-ever commodity inflation, intensifying competition from multiple new entrants, and steep valuations.

"We remain structurally positive on the organized paint companies given the long runway for growth and strong competitive moats. We expect the strong growth trajectory to soar higher on the wings of increasing penetration, market share gains, new value-added product segments and services, and other forays in the home improvement space," said the brokerage firm.

While regulatory support-led housing and urbanisation boom, shorter repainting cycles and shift from unorganised to organised market would be key volume drivers, some premiumisation across categories and sharp price hikes (given the current inflation) would be key value drivers, the brokerage firm added.

Nair is also positive on the sector as the long-term outlook is bright due to the shorter repainting cycle, urbanisation, and higher demand from tier- and tier-2 cities.

"Asian paints will be our top pick aided by superior market share and its focus on transforming itself from a paint company to a complete home décor company in the long run," said Nair.

hese are investments that can beat inflation.