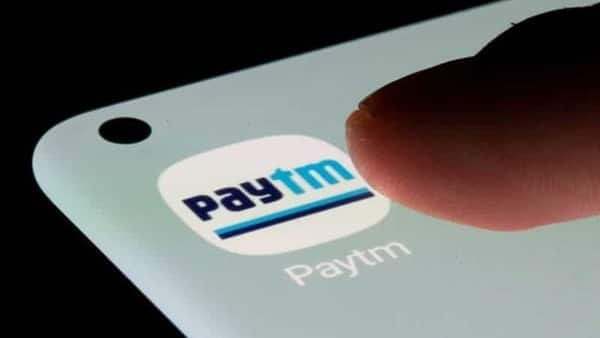 The stock hit a new low of ₹572.25 in early deals today but has recovered a bit. In the last 3 sessions, it has tanked over 26 percent.

The RBI on Saturday directed Paytm Payments Bank to stop taking on new customers with immediate effect, citing “material supervisory concerns observed in the bank." The parent firm One97 Communications, however, assured that the RBI's ban will not impact any existing customers of payment banks which means existing customers can continue to do their transactions on the Paytm platform.

Existing users of Paytm UPI, Paytm Wallet, Paytm FASTag, and bank accounts can continue to use these instruments, including debit cards and net banking, for payments.

This is the second time that Paytm is facing a regulatory ban. In June 2018, RBI had made certain observations about the processes the company followed to acquire new users, especially in relation to know-your-customer (KYC) norms.

Post the ban, the firm announces, "the Bank is taking immediate steps regarding the RBI’s decision. PPBL remains committed to working with the regulator to address their concerns as quickly as possible. PPBL’s existing customers can continue to enjoy the benefits of seamless banking and digital payments services without interruption."

The bank has also been directed to appoint an IT audit firm to conduct a comprehensive system audit of its IT system, the RBI said in a release.

To add to its worries, News agency Bloomberg reported that the annual inspections by the RBI found that the company’s servers were sharing information with China-based entities that indirectly own a stake in Paytm Payments Bank.

As per December Filings, Paytm's Public Shareholding of Individuals with upto 2 Lakh of Capital stood at 3.49 percent of its total holdings. Since listing, their wealth eroded from ₹224 crore to ₹164 crore.

Global brokerage Macquarie has an 'underperform' call on Paytm with a target price of ₹700. Macquaries does not expect a significant impact of the RBI ban on the company's business as it has already onboarded a very large customer base onto its payments bank. However, the bank would have a significant impact on the brand and customer loyalty, Macquarie said.

According to a MintGenie poll and an average of 8 analysts has a ‘hold’ call on the stock.