Peter Thiel engages in a verbal duel with veteran businessmen and bankers owing to the latter’s biasness against bitcoin. 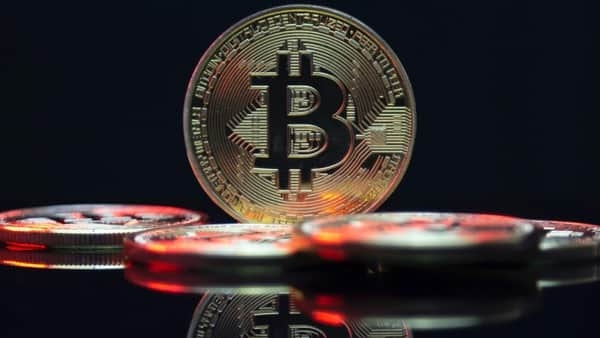 The controversy surrounding bitcoin investments has divided investors into “believers” and “non-believers”. So much so that venture capitalists and age-old investors have now resorted to mudslinging each other over the cryptocurrency issue. The cryptic nature of cryptocurrency has forced traditional investors like Warren Buffett to wade away from it, while new generation venture capitalists like Peter Thiel continue to endorse it.

At a bitcoin conference arranged on April 07, 2022, billionaire investor Thiel named Warren Buffett on the “enemies list” of people trying to stop cryptocurrency. Thiel calling Buffett a sociopathic grandpa from Omaha accused the veteran businessman of being opposed to bitcoin’s increased pervasiveness and use. While addressing the crowd, Thiel said, “Enemy number one is the sociopathic grandpa from Omaha.”

Thiel, who had reportedly amassed bitcoins worth hundreds of millions of dollars by 2018 through venture firm Founders Fund, unveiled large graphics with images of JPMorgan CEO Jamie Dimon and BlackRock CEO Larry Fink while condemning their bearish comments about bitcoin. Thiel while presenting the images containing the word “gerontocracy” expressed that the businessmen’s views are synonymous with “the New York City Banker bias”.

Bitcoins have always been a subject of controversy owing to their use in illegal transactions. Add to it, the scams surrounding cryptocurrencies that have caused many to lose their hard-earned savings have forced many investors to remain either reticent or criticize the same openly.

Thiel while expressing his displeasure at the Berkshire Hathaway CEO once referring to “bitcoins” as “rat poison” held up a headshot of Buffett with the words “rat poison” written on it. Another quote from Buffett read, “I don’t own any and I never will.” While Buffett has mentioned his indifference towards cryptocurrencies, his company Berkshire invested $1 billion in Brazil’s Nubank, an online bank popular among crypto investors.

Thiel while attacking the veteran investors on stage said, “This is what we have to fight for bitcoin to go 10x or 100x from here.” The tirade comes amidst increased demand for cryptocurrencies by investors despite a lack of understanding of the technology and the risks involved in digital currencies.

Crypto players are confident that the prospects of earning easy money within a short period will attract many first-time players into their market. This also explains the rise in popularity of these products even among the traditional investors who had earlier shown disinterest in them due to the decentralized nature of these currencies.

The Russia-Ukraine war had brought back the focus on the use of cryptocurrencies as Ukrainian President Volodymyr Zelenskyy signed the legal assets bill legalizing cryptocurrencies and their use in his country.

In India, many new investors aged 25-35 years entered the virtual crypto space by submitting their details through the Know-Your-Customer (KYC) form. Explaining their increasing interest in the earnings from cryptos, Jeetesh Tipe, founder & CIO, of MintingM, a crypto investment advisory firm said, “A substantial part of crypto users in India are motivated to enter this space due to the lure of making a quick buck.” The validity of Tipe’s statement gets validated with some of the country’s biggest crypto exchanges finding new customers for their products every day. For example, CoinSwitch Kuber, one of the largest crypto exchanges in India boasts of having opened one crore customers’ accounts in just over a year.

Both naysayers and supporters of cryptocurrencies have sounded a bipartisan note regarding the virtual currency agreeing that the future of these currencies remains undecided till the whole world agrees to grant them legal status and recognizes their use in daily transactions.