Rising crude prices and inflation will keep the market volatile in the near term, but the brokerage firm sees further investment opportunities in such conditions. 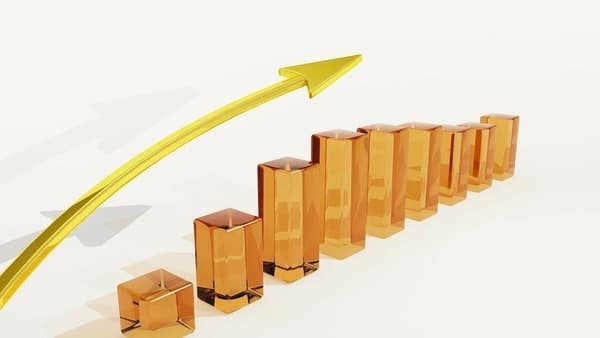 Analysing big Bull rallies in the past, on an average Nifty has gained 145% from the previous lows and subsequently corrected by 31-37% from its peak, said KRChoksey.

Brokerage firm KRChoksey Shares and Securities believes that the recent fall in the market will be followed by a strong rebound in Nifty as the historical trends suggest that Nifty has logged strong gains after war-like scenarios.

"After a precipitous fall, especially due to war-like scenarios, headline indices together with top tier market-leading companies with strong fundamentals are quick to recover and generate outsized returns for investors. Post the fall subsequently a rally of nearly 145 percent can be expected," KRChoksey said in a report.

The global markets were rattled after Russia invaded Ukraine in one of the biggest attacks by a country on another in Europe after World War Two.

Highlighting the performance of the equity market after wars and invasions such as Gulf War, Afghanistan War, Iraq War and Crimean War, the brokerage said that the market saw a strong rebound after these events. Consequential events, such as the subprime crisis, Brexit and Covid-19 pandemic were followed by a strong rebound in equity markets.

"It is observed after a Bull market Nifty usually corrects 31-37% on an average. Recovery post bottom formation takes about 4-6 months in case of War crisis & around a year or two in case of consequential events. Analysing big Bull rallies in the past, on an average Nifty has gained 145% from the previous lows and subsequently corrected by 31-37% from its peak," said KRChoksey.

"In the current scenario, Nifty has rallied 148 percent and corrected 12.7 percent from its peak. Going by the averages, post the fall subsequently a rally of nearly 145 percent can be expected," KRChoksey added.

While rising crude prices and worries of inflation will keep the market volatile in the near term, the brokerage firm sees further investment opportunities in such conditions.

KRChoksey believes India's story is very much alive and kicking and is being led by government policies with increased capex spending across sectors and supported by private sector capex.

"We recommend investors to ignore the noise and stay put with their current investments. We as a fund house plan to deploy cash strategically and use the current dip to buy high-quality stocks in a staggered manner. We recommend our clients to do the same," said KRChoksey.

"The BFSI sector outperforms during interest rate hike regimes and we have positioned our portfolio to be overweight here. In addition to this, we have taken targeted exposure to autos which have seen a prolonged down-cycle over the last 3-5 years," said the brokerage.

"Given the thrust by the government on housing in the recent past and the renewed push to the infrastructure sector, we are positive on home builders and the construction space as well," it said.