Rate hikes may make gold less attractive in near term

Rate hikes may make gold less attractive in near term 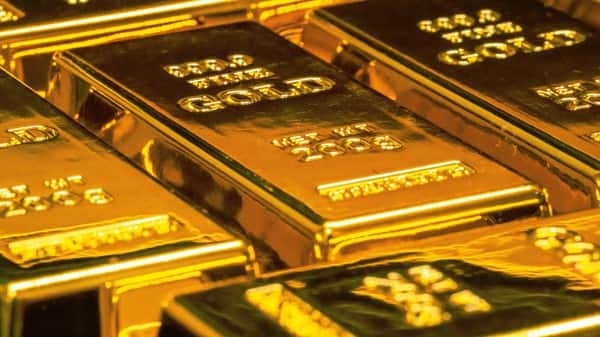 The prospect of a US interest rate hike dampens safe-haven appeal as an inflation hedge.

Gold prices are falling as a result of the aggressive US Fed's rapid rate hikes and balance-sheet reduction. The bullish rally in gold began with the pandemic and has since expanded due to the recent war between Russia and Ukraine.

The safe-haven appeal of gold drove Comex prices to $2078, which is close to the all-time high of $2121. However, gold prices are unable to break the previous high and have fallen as a result of the US Federal Reserve's aggressive monetary policy to control inflationary pressures and higher labour costs.

The International Monetary Fund (IMF) has reduced the global growth rate to 3.6 percent from 4 percent previously forecasted, which is cooling off crude oil prices and putting pressure on gold prices.

The prospect of a US interest rate hike dampens safe-haven appeal as an inflation hedge. The European Central Bank has indicated that interest rates will be raised beginning in July 2022. The US dollar index has reached a 20-year high, making gold less appealing to holders of other currencies.

The benchmark the US 10-year bond yield has reached near 2018 highs and is trading near 3 percent as a result of the US Fed's aggressive stance. On the macroeconomic front, recently released manufacturing, industrial output, and GDP data from the US, Eurozone, China, and other major economies were weaker than expected, indicating an economic slowdown.

Gold may fall further as the Fed is expected to remain aggressive at least until the summer. Higher interest rates, on the other hand, in the face of geopolitical risk and pandemics, may stifle global economic growth. The global equity market will continue to fall, creating a demand for safe-haven assets in the long term.

Tight monetary policy in the face of pandemic and geopolitical risks, on the other hand, may harm the global economy. Gold is a good long-term investment, but its prices may remain under pressure in the short term due to the hawkish outlook of the US Fed and other major central banks.

Gold prices have fallen more than 10 percent from a high of $2078 in Comex futures in March. While on the MCX, it fell by around 9 percent. In the last two months, the US dollar index has risen by 7.5 percent.

According to the weekly chart, the gold rally in Comex above $2000 began with geopolitical tension and has failed to form a double top with the 2020 peak. A bearish chart pattern may limit gold's upside potential.

It has a critical support level of $1830, where bulls can find some relief. However, further decline is expected below this level.

Gold prices are expected to fall further in the coming weeks, with the metal testing 49,700 levels. If it falls below this level, the selling momentum may accelerate towards 48,800-48,000. The immediate resistance level for gold is 51,500.

Disclaimer: The views and recommendations made above are those of the author and not of MintGenie.