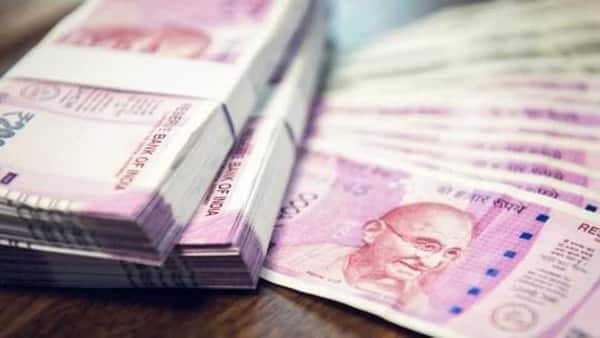 When banks need money for the short-term, they borrow from the RBI for which they pledge government securities. The rate at which banks borrow money from the RBI is the repo rate.

The Reserve Bank of India (RBI) on April 8 announced the introduction of the standing deposit facility (SDF) at 3.75 percent to suck out the surplus cash from the economy.

"It has been decided by the Reserve Bank to restore the width of the liquidity adjustment facility (LAF) corridor to 50 basis points, the position that prevailed before the pandemic. The floor of the corridor will now be provided by the newly instituted standing deposit facility (SDF), which will be placed 25 basis points below the repo rate, i.e., at 3.75 percent," RBI governor Shaktikanta Das said in his speech after the RBI MPC meet.

LAF is a tool used by the RBI to allow banks to borrow money through repurchase agreements. It consists of repo and reverses repo operations. Using LAF, banks can quickly borrow money to fulfill urgent requirements such as adjusting their statutory liquidity ratio (SLR) or cash reserve ratio (CRR).

When banks need money for the short-term, they borrow from the RBI for which they pledge government securities. The rate at which banks borrow money from the RBI is the repo rate.

Now, instead of a reverse repo rate, RBI can use SDF because it won't require any collateral and RBI can suck out as much liquidity as required.

So, in simple terms, SDF is one of the monetary tools of the RBI to suck out excess liquidity from the banks without any collateral.

How does it work?

So far, the RBI had a reverse repo rate as the main tool to absorb excess money. Now, it can use SDF to take money from the banks without giving government securities in return to them.

The talks about SDF had come to the fore during the time of demonetisation when RBI had found it burdensome to absorb excess money from the banking system as the central bank had difficulty in providing such a volume of government securities in return.

Since SDF is a collateral-free arrangement, it will allow the RBI to suck out liquidity without offering government securities as collateral.

After Covid-19, the RBI embarked on a massive liquidity infusion exercise by cutting rates to historically low levels and buying government securities. Now, as inflation is soaring, the central bank feels the need of taking some money off the system.

In a way, SDF is designed to enable the central bank to deal with extraordinary situations in which it has to absorb massive amounts of liquidity.

"SDF is a collateral-free window to control liquidity. It has been announced at a higher rate than the reverse repo rate and also would not require collateral for operations. So banks would prefer using this window to the full extent and this would help the RBI in modulating liquidity better," said Suvodeep Rakshit, Senior Economist, Kotak Institutional Equities.

The introduction of SDF is not a remarkable development as the RBI has many tools to manage liquidity and the use of standing facilities such as MSF (marginal standing facility) and SDF would be at the discretion of banks.

Besides, the central bank had been conducting VRRR (variable-rate reverse repo) auctions to take out excess liquidity earlier.

"The much-expected correction of the LAF corridor has happened but with a twist. The bottom of the LAF corridor will now be known as the standing deposit facility (SDF) instead of the reverse repo. Moreover, the functioning of SDF will be similar to the MSF. This means that at both ends of the LAF corridor, there will be standing facilities – one to absorb and the other to inject liquidity and access to SDF and MSF will be at the discretion of banks, unlike repo/reverse repo, OMO (open market operations) and CRR (cash reserve ratio) which are available at the discretion of the RBI," said Sunil Kumar Sinha, Principal Economist, India Ratings and Research.

"While the SDF would serve to absorb liquidity, the MSF would inject liquidity. The access to the SDF and MSF would be at the discretion of the banks as opposed to the repo and reverse repo, which would remain at the discretion of the RBI. The SDF has the twin objective of liquidity management and financial stability," said Shivaji Thapliyal, Lead Analyst – Institutional Equities, YES SECURITIES.

Anil Gupta, Vice President & Co-Group Head, ICRA, pointed out with 80 percent of surplus liquidity being absorbed under VRRR at a rate closer to the repo rate of 4 percent, the introduction of SDF at 3.75 percent will improve the returns on the balance liquidity that was being placed by banks at reverse repo rate of 3.35 percent.

"This could also lead to an increase in overnight call money rates and will be positive for the profitability of banks. This will however also lead to a further increase in short-term rates such as T-bill and consequent increase in borrowing costs linked to such rates," said Gupta.