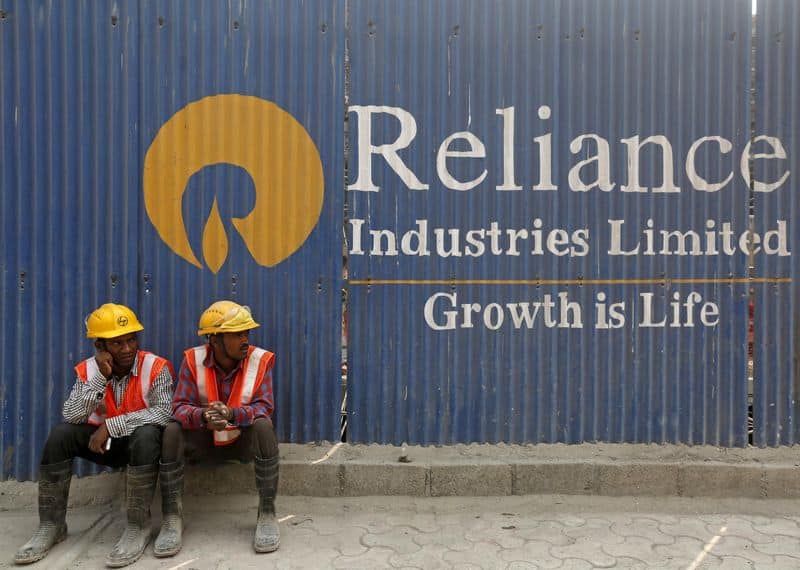 Mukesh Ambani-owned Reliance Industries Limited (RIL) on Friday posted a consolidated profit after tax (PAT) at ₹16,203 crore, up 22.5 per cent in the quarter ended March 31, 2022. It had posted a net profit of ₹13,227 crore in the year-ago period.

Sequentially, the company's profit declined 12.6 per cent in the March quarter from ₹18,549 crore in the previous December quarter, breaking a six-quarter chain of quarter-on-quarter improvement.

The firm reported the highest-ever quarterly EBITDA (earnings before interest, taxes, depreciation and amortisation) of ₹33,968 crore, up 28 per cent year-on-year. The Russian-Ukraine conflict accelerated an already tight demand-supply situation for crude oil-petroleum products, leading to higher cracks or margins on petrol and diesel.

Further, Reliance Jio reported a 24 per cent rise in standalone net profit at ₹4,173 crore for the quarter ended March 31, 2022. It had reported a net profit of ₹3,360 crore in the year-ago period.

For the financial year ended March 31, 2022, Reliance Jio's consolidated net profit increased by about 23 per cent to Rs14,854 crore.

It had a customer base of 410 million, down from 421 million in the previous quarter, mainly driven by SIM consolidation.

Reliance Retail Ventures Ltd.’s EBITDA rose 2.4 per cent to ₹3,705 crore as demand improved across categories. In the third quarter, net profit from retail fell by 4.8% to ₹2,139 crore.

The board also recommended a dividend of ₹8 per equity share of ₹10 each for the financial year ended March 31, 2022.

Reliance Industries is buying discounted cargoes of crude after self-sanctions on Russian fuels by some European Union companies pushed up margins on some oil products to three-year highs, Bloomberg reported.

According to Reuters calculations based on information from crude tenders and traders shows that Indian refiners have placed orders for at least 40 million barrels of Russian oil since the invasion on Feb. 24. The purchases are for loading in the June quarter.

Reliance has ordered at least 15 million barrels of Russian oil since Russia invaded Ukraine in February.

Refinitiv's tanker flow data shows a supply of about 8 million barrels of Russian oil, mainly the Urals, at the Reliance-operated Sikka port in western India, for arrival between April 5 and May 9, the Reuters data shows. Most of these barrels are supplied by Russian trader Litasco.

Traders told Reuters that Reliance is buying Russian oil on a delivered basis.

Reliance is scheduled to receive its first parcel of Russia's ESPO oil in early May. This grade is mostly supplied to China.

The company operates two refineries at the Jamnagar complex in western India that can process about 1.4 million barrels per day (bpd) of oil daily.

Reliance also expects prices of natural gas in India to rise again in October as its gas exploration business reaps the rewards of a global surge in energy prices that have already pushed the rates to a record high.

The government sets gas prices every six months based on international rates. The price of gas from old or regulated fields was more than doubled to a record USD 6.1 per mmBtu from April 1 and that for difficult fields like those lying in deepsea to USD 9.92. per mmBtu. Rates are due for a revision in October.

Data from the various media reports shows that Reliance and its partner bp plc of UK produce about 18 million standard cubic meters per day of gas from two sets of new fields in the eastern offshore deepsea block KG-D6. The higher gas prices have helped the company's EBITDA from the oil and gas exploration and production business to climb to a seven-year high.

On price hike effected from April 1, Morgan Stanley had last month stated that Reliance may get a $1.5 billion ( ₹11,500 crore) rise in its annual earnings from the more than doubling of the price of natural gas it produces.

Reliance Industries' share price fell over 4% on Monday's trade. The stock hit an intraday low of ₹2,520 apiece on the BSE.

The stock has rallied 6% so far this year. Further, over the past five years, the market price of the stock has zoomed by 297.15 per cent, as compared to a 105 per cent surge in the Sensex. ICICI Securities said that while EBITDA/EPS CAGR of 25%/29% over FY22-FY24 remains peer-leading, but they continue to believe there is limited upside for the Reliance due to - stronger Capex momentum to further push back FCF generation and dampen return ratios and already strong multiples factored in Current market price and a limited signs of a return of capital to shareholders.

ICICI Securities reiterated the "ADD" rating with a target price of ₹2,865/share ( ₹2,960/Share earlier), implying an upside of 14% from the current price.

ICICI Securities has raised FY23E/FY24E GRM estimates for RIL by US$1/bbl for each year, on the back of continued strength in product spread seen in April 22 and forecast the same.

Further, it expects the share of retail and digital services in consolidated EBITDA to remain at 44-46% over FY23E - FY24E.

Motilal Oswal on the other hand expects Reliance Industries' earnings trajectory will improve over the next 12 months driven by strength in refining, and hike in telecom tariffs and strong growth in the retail business.

An average of 34 analysts polled by MintGenie have a 'buy' call on the stock.