Rouble hits all-time low; what it means for Indian investors?

Rouble hits all-time low; what it means for Indian investors?

According to official data, India’s mercantile exports to Russia in 2021 were worth $3.3 billion, and its import were valued at about $8.5 billion. 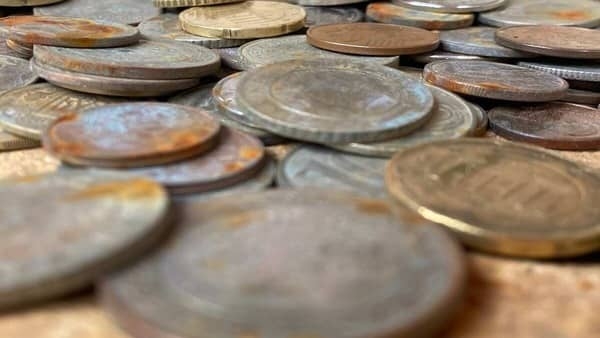 Russia’s currency can plunge a bit further as the battle stretches more and further sanctions gets implied.

Stringent economic sanctions against Russia imposed by the West have sent the Russian currency Rouble to all-time low levels. The Russian currency dropped to as low as 119 per dollar in early trading on February 28. Rouble had traded at 75 before Russia's invasion of Ukraine.

Rouble’s steep fall is expected to push Russia’s inflation up by 5 percent. The sharp fall in its currency, however, is somewhat positive for India, experts say.

“We have very limited trade with Russia. Barring defence items and petroleum, we do not have any significant trade with Russia. Fall in Russian currency is an opportunity for India to reduce its import cost with the country,” said G Chokkalingam, Founder & Head of Research, Equinomics Research & Advisory Private Limited.

Trade experts point out that since India is not a member of either the North Atlantic Treaty Organisation (NATO) or the European Union (EU), it is not bound to abide by the sanctions imposed by the US, the UK and EU members.

According to official data, India’s mercantile exports to Russia in 2021 were worth $3.3 billion, and its import was valued at about $8.5 billion, including petroleum and petroleum products worth $4.5 billion.

Experts underscore that Rouble’s fall is not a worry for India but higher crude oil prices are a serious matter of concern that has dragged the Indian rupee lower.

“A steep fall in Russian currency is having some negative impact on dollar-rupee (USD-INR) trade as rupee weakens towards 75.75. However, the bigger impact is from oil, than Rouble,” said Anindya Banerjee, DVP- Currency Derivatives & Interest Rate Derivatives at Kotak Securities.

“If oil continues to rise due to the conflict, then it can push USD-INR towards 76 levels. In terms of trade, a weak Russian currency will be negative for Indian exporters due to loss of terms of trade but that is relevant during normal times when there are no sanctions. Therefore, a bigger threat to Indo-Russian trade is from sanctions and its widening scope, than just weak Rouble,” said Banerjee.

“It is difficult that the decline in Russia’s currency will have much impact on the Indian currency but the war has definitely impacted the market globally as sentiments drive negativity and investors withdraws,” Chepa added.