Rupee falls against US dollar as US treasury yields spike in the wake of 40-year high inflation. We decode the influence of yields on rupee’s value in forex market 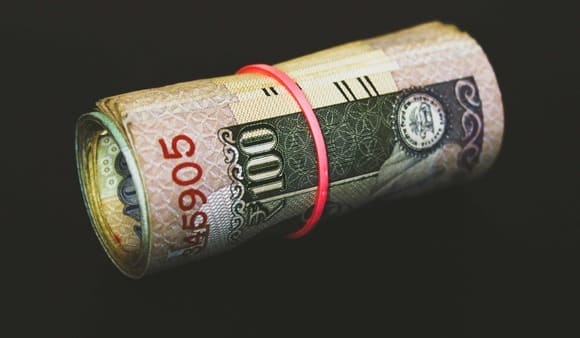 The rupee on Friday fell by 21 paise to a nearly seven-week low of 75.36 against the US currency on forex outflows and a strong dollar.

Indian Rupee on Monday declined for the fifth day in a row as it closed at 75.58 against US dollar. The domestic currency on Friday slipped by 21 paise to a nearly seven-week low of 75.36 against the dollar, Press Trust of India had reported.

The rupee’s fall is directly proportional to the US dollar, which is getting stronger on growing inflation in the US that led to speculations of forthcoming interest rate hikes by the Federal Reserve. US consumer prices in January pushed the country’s annual inflation to a four-decade high, Bloomberg Quint reported.

Although there are several factors for the fall in Indian rupee, what is perhaps casting the longest shadow on Indian rupee is rising US inflation which touched 7.5 percent against the nation’s average of 2 percent. An unusually high inflation would, more likely than not, prompt the Federal Reserve to raise interest rates.

And when the US interest rates increase, the foreign institutional investors start to move to the foreign markets. The high US inflation resulted in a spike in the US 10-year-treasury yield to a high of 2.05 per cent on February 10.

Also, massive jump in the crude oil prices which touched its seven-year high of $92.97 per barrel on February 4 is putting an upward pressure on rupee. As India is an oil importing nation, any major increase in its import bill would naturally lead to a foreign currency outflow, thus putting further pressure on the rupee’s stability.

No wonder then the RBI has lately seen a decline of foreign exchange reserves by a massive $4.5 billion, the steepest drop in one year.

In the wake of rupee's continuous fall against US dollar, it is vital to know which companies are likely to perform well. When the rupee drops and dollar becomes stronger, the export-led companies and IT majors witness a rise in their share prices.

Since most export-centric sectors such as pharmaceuticals have their revenues linked to foreign currencies, any increase in the US dollar, or in other words, any subsequent fall in the rupee, ensues increase in revenue for these companies.