The domestic currency has depreciated over the past few weeks, crossing 76.5 per dollar as on March 24 from 74.5/$ before the Russia-Ukraine conflict started on February 24.

Global economic conditions have changed rapidly in the past month, with intensifying geopolitical shocks from the Russia-Ukraine conflict leading and a surge in crude oil prices. These, together with liquidity tapering and the start of rate hikes by the US Federal Reserve, are testing the resilience of the Indian rupee.

The domestic currency has depreciated over the past few weeks, crossing 76.5 per dollar as on March 24 from 74.5/$ before the Russia-Ukraine conflict started on February 24.

However, the local currency has been battered less this time, compared with the taper tantrum of 2013 (the last time elevated oil prices and prospects of liquidity tapering by the Fed had rocked the currency), research firm CRISIL noted in a report.

"The current episode of rupee weakening versus the greenback is not entirely unexpected. The long-term trajectory of the rupee-dollar exchange rate since the Global Financial Crisis (GFC) of 2008 indicates the currency tends to depreciate during crises as uncertainty yields higher capital outflows. Interestingly, compared with the past, the rupee has been hit less severely this time around," CRISIL said.

In previous episodes of external shock, the rupee displayed a lot more weakness, noted the research firm. Since the start of the Fed tapering early last November, the rupee has depreciated around 3 percent, much less than that seen during GFC 2008, when it tanked 8.5 percent and the taper tantrum of 2013 when it lost over 11 percent, informed CRISIL.

In fact, between November and late February, the currency hardly moved, on average. Depreciation has been marked only after February 24, when the Russia-Ukraine conflict escalated. What explains the rupee’s stability?

As per CRISIL, a combination of adequate forex reserves, the RBI’s interventions, and lower external account vulnerability are the key reasons for the current stability. Also, compared with 2013, India are relatively better placed to weather the external shocks, though not completely insulated, it added.

But the rupee has not fared well compared with its peers

CRISIL explains that despite a better performance (in terms of both extents of depreciation and volatility) this time around compared to its own past, the rupee has not fared as well as its EM peers. As of March 24, 2022, the rupee’s depreciation in the November 2021-March 2022 period was the sharpest relative to Asian and BRICS economy peers.

The Malaysian currency lost 1.5 percent since November while the Indonesian and Thai currency was down below 1 percent each. Further, the Chinese, Brazil and South African currencies rose in this period, up 0.6, 9.8 and 2.3 percent, respectively.

Much of the weakness, though, was seen in the past month as foreign portfolio investors (FPIs) withdrew funds amounting to $5.1 billion owing to risk-off sentiment arising from the Russia-Ukraine conflict and tapering of global liquidity, it added.

Going ahead, a very sharp depreciation of the rupee in the year ahead is unlikely in our base case, though the currency could face volatility near term, if geopolitical tensions persist and crude oil prices rise further, noted the research firm.

"With elevated crude oil and commodity prices, and its consequent impact on the current account balance, the pressure on the rupee is expected to persist. The global uncertainty caused by the Russia-Ukraine conflict is adding to the risk-off sentiment. Fed rate hikes causing capital outflows only exacerbates the impact. The depreciation in the rupee, however, is likely to be relatively less compared with the 2013 taper tantrum episode, as India’s external account situation is more comfortable," stated the report.

Lastly, the expected inflow of funds during the mega initial public offer of the Life Insurance Corporation of India and the inclusion of India’s debt in the global bond index towards the later part of fiscal 2023 is expected to provide some support to the currency, it added. 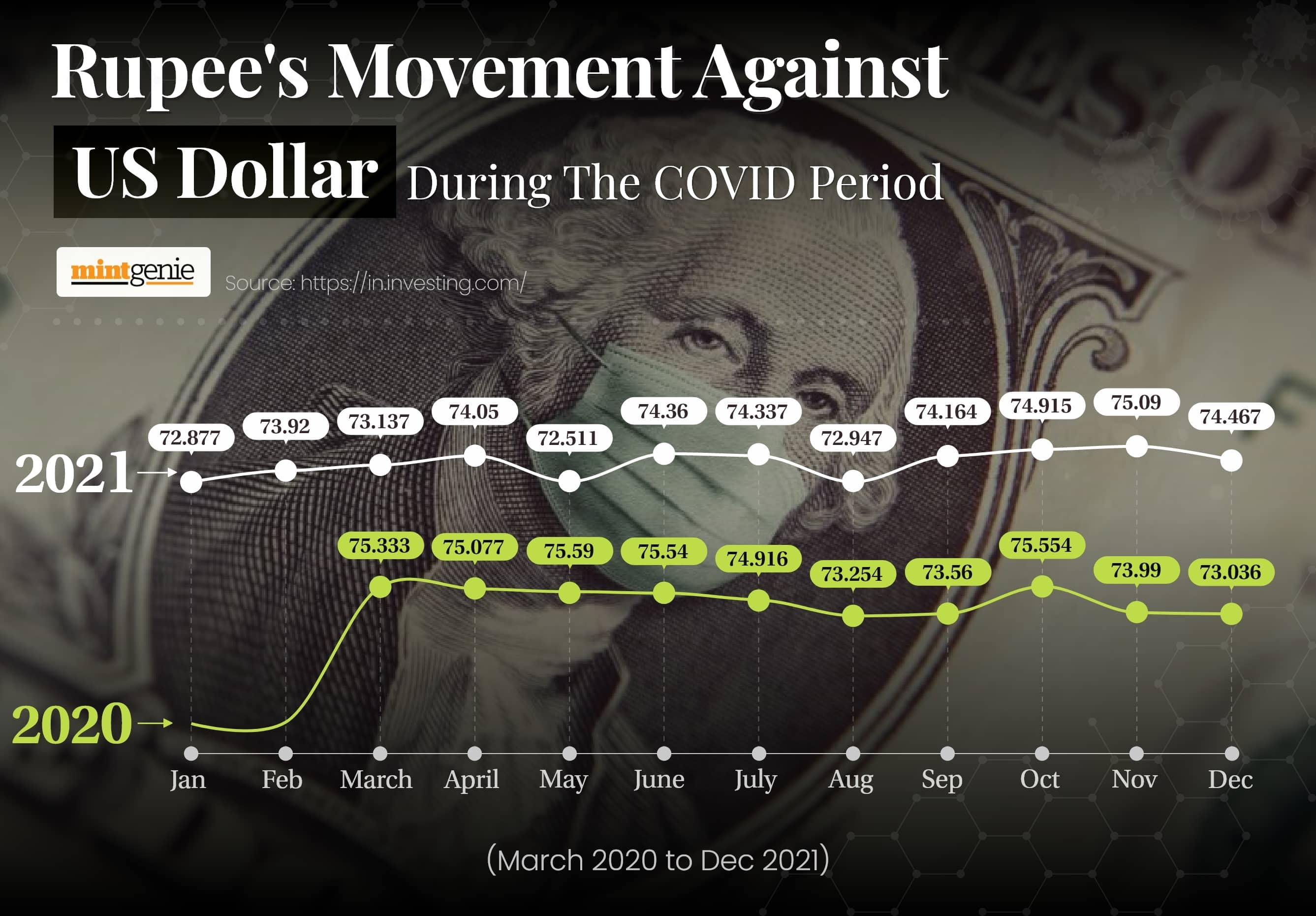