Rupee slide continues, could fall by another 3 to 5 percent, say experts

Rupee slide continues, could fall by another 3 to 5 percent, say experts

Indian rupee continues to slide as it hovers around 75 against US dollar. Experts suggest that the domestic currency could even touch 76 on surge in crude oil & US inflation 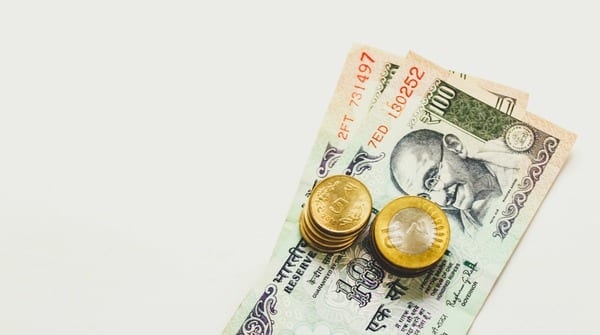 The rupee would come under intense pressure from the spike in crude oil price.

Thanks to the de-escalation of Ukraine-crisis as Russia pulled back some of its troops from Ukraine border rupee recovered some of its losses and gained 0.33 percent early this week. But the recovery was short-lived as the losses extended in the following days.

Spike in the US inflation, which touched its 40-year high, triggers speculations of interest rate hikes by US Fed, strengthening US dollar further.

As a matter of fact, the US 10-year treasury yield is above 2 percent. Also, crude oil prices — trading in the range of $92-93 per barrel — are also leaving a drag on Indian rupee. Consequently, the RBI has witnessed a decline of foreign exchange reserves by a massive $4.5 billion, which is the steepest drop in one year.

G Chokkalingam, Founder at Equinomics Research & Advisory, says the current trends suggest the rupee to fall against US dollar by as much as 3 to 5 percent because of an interplay of several factors.

“Unfortunately, the rupee is expected to slide further. By the end of the year, it can fall by another 3 to 5 percent from the current level. The withdrawal of quantitative easing (QE) is essentially good for the world economy and this hints at economic recovery. QE is like giving glucose to a patient. And the withdrawal of glucose is considered good. So, overall this will be good for the equity, but will have an adverse impact on the strength of rupee,” says G Chokkalingam.

“When interest rates increase in the US, the FIIs will take their debt allocation to overseas markets. This will be bad for the Indian rupee. To make it worse, oil prices continue to surge, putting downward pressure on domestic currency,” he adds.

Rupee movement during the last week

However, there are traders who believe that a complete de-escalation in Russia-Ukraine conflict can inject some positivity in the market which can push the rupee higher.