Motilal Oswal observes that autos, consumer durables and cement sectors have been the most adversely impacted sectors due to the spike in commodity and energy prices. 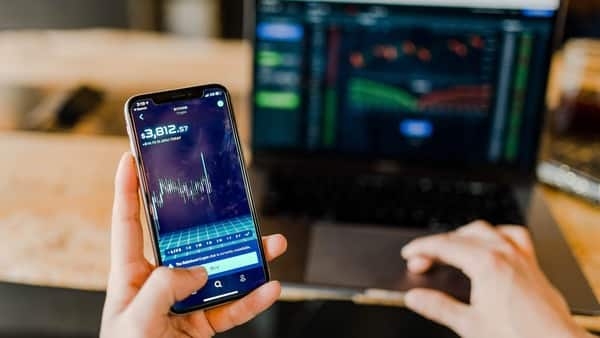 Motilal Oswal observes that autos, consumer durables and cement sectors have been the most adversely impacted sectors due to the spike in commodity and energy prices.

Since the past two years, a chain of unprecedented events has disrupted market sentiment. The mayhem caused by the pandemic in 2020 was followed by the US Fed’s decision to raise interest rates. While the world was grappling with these twin blows and as it was emerging from the latest wave of COVID-19 (Omicron), the Russia-Ukraine crisis exacerbated the macro backdrop and caused a commotion in global equity, bond and commodity markets with sharply elevated volatility. It not only led to a massive sell-off across markets but also raised concerns regarding inflation and growth outlook.

Reeling under pressure due to the escalating geopolitical tensions, the Indian benchmark Nifty has fallen 12 percent from the peak it hit in October 2021 while the broader market has witnessed a much sharper sell-off. Of the NSE 500 constituents, 72 percent of the stocks are in the bear grip, trading over 20 percent lower from their respective 52-week highs.

While the current crisis has directly/indirectly impacted most of the sectors from a demand/supply chain perspective, domestic brokerage house Motilal Oswal observes that autos, consumer durables and cement sectors have been the most adversely impacted sectors due to the spike in commodity and energy prices. The impact on gross margins for these sectors would be substantial, it added.

On the flip-side, metals and oil and gas sectors have been the direct beneficiaries due to rising prices, while indirect beneficiaries include export-oriented sectors - specifically IT and healthcare – benefitting from rupee depreciation and non-crude linked sectors, the brokerage further noted.

In the last 1 month, the BSE Auto index has lost over 13 percent while the capital goods and consumer durables sectors have shed 6 percent and 3 percent, respectively. Though the rise in oil prices do not directly impact banks, the BSE Bankex has also lost over 10 percent in this period.

Meanwhile, despite the correction in overall markets, the metal index rose 4 percent while the oil and gas sector was down just 1 percent. The IT sector was also positive due to the weakening rupee, up 2.5 percent in the last 1 month and the healthcare index fell around 2 percent.

As per Motilal Oswal, this catastrophic event (Russia-Ukraine war) has the potential to reset the global strategic and foreign policy equations in the years to come given the multifold direct and indirect impacts it will unleash on global supply chains, energy dynamics, trade, flows, and defense priorities in an increasingly interconnected world.

"In the very near term, the path of liquidity unwinding (taper), as well as interest rate hikes by the US Fed, becomes a key monitorable. The Government of India and the RBI too, in our view, will need to balance the growth-inflation paradox even as the fiscal math presented in the Feb’22 Union Budget comes under pressure in the ever-changing global macro backdrop," the brokerage further mentioned.

The newsflow around the ongoing geopolitical crisis and potential rate action by the Fed could keep the markets on tenterhooks in the near term.

However, as a relief to investors, it pointed out that while the situation is still unfolding, the current spike in prices is unlikely to have a significant direct negative impact on index earnings at an aggregate level even as sector/stock specific disruption plays out.

That said, if price spike sustains for longer, the consequent higher inflation and demand destruction could impact growth which in turn could create downside risks to corporate earnings estimates, it observed.

But this correction can also turn out to be an opportunity for investors. While the geopolitical and inflation-led uncertainties play out, post the correction, the price-value equation will turn relatively more attractive, especially in the broader markets, added Motilal Oswal.