The US, the UK and the European Union have imposed a slew of sanctions on Russia and the economies across the world have started to feel the heat owing to a sharp rise in crude oil prices and spiking inflation. 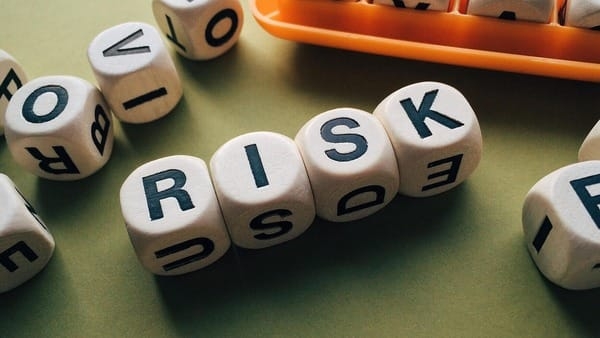 At this time of high uncertainty, the outlook of the market is hazy.

Markets across the globe look nervous due to the ongoing Russia-Ukraine war which started on February 24 and still continues.

The US, the UK and the European Union have imposed a slew of sanctions on Russia and the economies across the world have started to feel the heat owing to a sharp rise in crude oil prices and spiking inflation.

The market has been witnessing strong bouts of the volatility of late. Autos, cement, FMCG and consumer durables sectors have been the most adversely impacted due to the spike in commodity and oil prices while metals, oil & gas have been the beneficiaries. Export-oriented sectors, such as IT and pharma, have also gained on the rupee's weakness against the dollar.

Brokerage firm Motilal Oswal Financial Services, in its report, has pointed out that emerging markets (excluding Brazil) have been adversely impacted by the risk-off stance and the strengthening dollar of late which resulted in net FII outflows from most of the markets due to flight of safety.

"FIIs have sold $14.2 billion (net) in equities in the calendar year 2022 (CY22) year-to-date (YTD), which is the highest in absolute terms. The pace of outflows has accelerated beginning CY22. After selling nearly $5 billion each in January,

and February, FII outflows in the first nine days of March have already crossed $4.5 billion. With India running a twin deficit, high energy and commodity prices would weigh on its currency," said Motilal Oswal.

While the Nifty is down 12 percent from its October 2021 peak, the broader market has witnessed a much sharper selloff. Of the NSE 500 constituents, 72 percent of the stocks are trading more than 20 percent lower from their respective 52-week highs, Motlial Oswal pointed out.

Long term impact on the economy

Those, who think all will be alright after the Russia-Ukraine war is over, may have misplaced optimism as the ongoing war may have a long term impact on the global economies and it may lead to a sharp strategic rethinking by countries on their trade and dependence on other countries.

In a recent report, brokerage firm Motlial Oswal pointed out that the evolving positions of major world powers and imposition of sanctions on Russia may hasten the trend towards self-reliance across countries.

"As far as India is concerned, the overarching macro policy theme during the pandemic was self-reliant India (Atmanirbhar Bharat). The Russia-Ukraine conflict will accelerate the same, especially in defense," said Motilal Oswal.

At this time of high uncertainty, the outlook of the market is hazy. The newsflow around the ongoing geopolitical crisis and potential rate action by the Fed could keep the markets on tenterhooks in the near term. However, the recent correction also offers an opportunity to buy quality stocks across market breadth since the valuation has cooled off.

"After the recent correction, the Nifty is now trading at 18 times 12-month forward price-to-earnings ration (P/E), which is slightly below its 10-year average for the first time since November 2020. Corporate earnings remained resilient despite the varied challenges with Q3 and nine-month FY22 Nifty earnings growing at 25 percent and 45 percent, respectively, and forward estimates for FY22, FY23 and FY24 remaining stable at ₹735, ₹887 and ₹1,010, respectively," said Motilal Oswal.

The brokerage firm believes that healthy earnings visibility can act as a cushion in an otherwise fragile external situation.

relatively more attractive after the correction, especially in the broader markets on a bottom-up basis.

Disclosure: The views and recommendations made above are those of individual analysts or broking companies, and not of MintGenie.