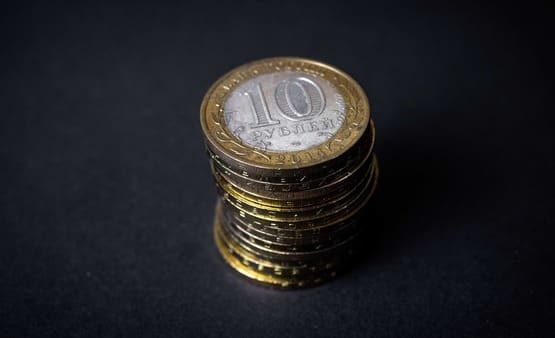 The ruble appreciated to 83 to the dollar intraday on Tuesday against a record low of 139 on March 7.

After recouping most of its losses, ruble become the top-performing currency globally. It continues to gain and is up 60 per cent against the US dollar from its lows in the first week of March, reported Business Standard.

The ruble appreciated to 83 to the dollar intraday on Tuesday against a record low of 139 on March 7. As a result of the recent rally, the ruble is only about 10 per cent lower than what it was before the Russian invasion of Ukraine on February 24. The ruble was trading at around 76 before the invasion, according to the Bloomberg data.

It’s surprising that the post-invasion depreciation in the ruble is still modest in the wake of severity of European and American sanctions on Russia, say analysts, wrote Business Standard.

Sanctions at a glance

As part of the sanctions, the United States and European Union froze nearly half the Russian central bank’s $640-billion foreign exchange reserves held in banks outside Russia.

Russian companies and individuals have been debarred from doing transactions in dollars and euros and nearly 400 Western firms have closed operations in Russia. A majority of the Russian banks have been cut off from the Society for Worldwide Interbank Financial Telecommunication (SWIFT), which executes financial transactions and payments among banks worldwide. These moves have cut Russia’s financial and trade transactions with Western countries.

Analysts, however, say the recovery in the ruble suggests the impact of the West’s economic sanctions are much lower than anticipated initially.

ALSO READ: Will the withdrawal of Russia from global indices assist India

“The sanctions and curbs had created insolvency risks for the Russian economy, leading to a big sell-off in the ruble. The economic stress has, however, lessened considerably as European countries continue to buy oil and gas from Russia, and major emerging markets including China continue to trade with Russia,” said Dhananjay Sinha, managing director and chief strategist, JM Finance Institutional Equity.

Some experts even assert that the ruble rally hints at a trend towards declining importance of dollar in the global trade, especially in oil and gas. The biggest jump in the ruble occurred when the Russian president announced that unfriendly countries — the European Union, the US, Canada, Australia, New Zealand, Japan, South Korea, and Taiwan —would have to pay in rubles for Russian gas.

If European countries are compelled to agree, they will have no choice but to exchange euros and dollars for rubles. This will create a big global demand for rubles, leading to a further rise in its value against the dollar and the euro. The ruble is used largely to settle domestic transactions in Russia. The G7 countries, which include the US and its allies, have refused to pay in rubles for Russian gas.