Should you buy TCS shares post its March quarter earnings? Here's what 4 brokerages have to say

Should you buy TCS shares post its March quarter earnings? Here's what 4 brokerages have to say 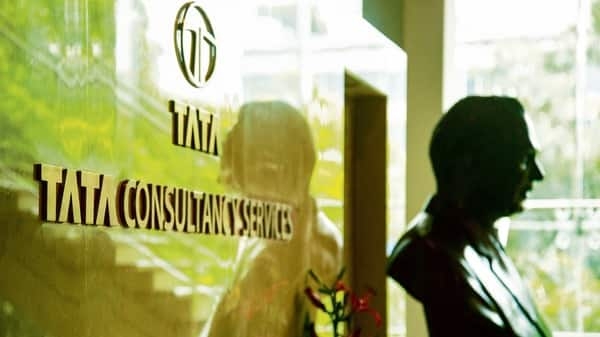 Shares of Tata Consultancy Services (TCS), the country's largest software services firm rose around a percent in trade on Tuesday, in an otherwise weak market after the firm posted strong earnings for the March quarter of FY22 (Q4FY22).

The IT major reported a 7 percent rise in its consolidated net profit to ₹9,926 crore for the quarter under review versus a net profit of ₹9,246 crore in the year-ago period. Its consolidated revenue was up 16 percent to ₹50,591 crore in Q4FY22 from ₹43,705 crore a year ago. This was the first time the firm crossed the ₹50,000-crore revenue mark.

The stock rose as much as 0.7 percent to its day's high of ₹3,723.50 per share. In comparison, the Sensex was down around 0.6 percent at 58,614. Other IT stocks were also trading in the red despite the robust results. The Nifty IT index was down around a percent and all constituents, except TCS, were trading in the red. MindTree, L&T Tech, Coforge, and L&T Infotech were down over 2 percent each while Wipro, Infosys, Tech Mahindra, and Mphasis lost over a percent each.

Post the earnings, Rajesh Gopinathan, the chief executive and managing director said that the quarter witnessed the higher-ever incremental revenue addition of $3.533 billion and an all-time high order book of $11.3 billion, which for the full year stood at $34.6 billion. We have closed FY22 on a strong note, with mid-teen growth and adding the maximum incremental revenue ever, he added.

Most analysts remained bullish on the stock post its March quarter results on the back of a strong order book, however, they see the firm facing downside risks from the ongoing supply-side challenge. 44 analysts polled by MintGenie also have a ‘buy’ call on the stock. Let's take a look at what they have to say:

TCS reported decent revenue growth in Q4FY22 and was broadly in line with estimates. The brokerage believes the demand continues to be robust led by cloud migration and ancillary technologies. In addition, the company is seeing healthy deal wins and higher deal total contract value (TCV), it added.

"However, geopolitical tensions in Europe prompt us to revise our revenue estimates downwards. We now expect a revenue CAGR of 10.8 percent over FY22-FY24. Further, in terms of margins, we expect supply-side challenges, wage hikes, and higher travel and facility costs to impact near-term margins (FY23E). Hence, we maintain a 'hold' rating on the stock with a revised target price of ₹4,035," stated the brokerage.

According to the brokerage, TCS’ performance highlight was its strong deal bookings of $11.3 billion, supported by mega-deals of $1.8 billion TCV, meanwhile, revenue and margin for Q4FY22 came in line with estimates. It added that medium-term drivers such as prioritization of tech budgets, strong execution framework and services breadth including industry platforms remain intact. It has a target price of ₹4,210 and an EPS CAGR of 12 percent over FY22-24E for the firm and maintains an 'add' call on TCS.

"While the management indicated a muted margin over the next few quarters, it is seeing an uptick in pricing (including COLA adjustments in existing contracts), which should help profitability recover by 2HFY23. Moreover, TCS should start seeing some benefit in overall cost in FY23 from its fresher intake of 100k in FY22. We expect the margin to continue to remain under pressure and below their long-term guided range of 26-28 percent," noted the brokerage. It has a 'buy' call on the stock with a target price of ₹4,240.

As per the brokerage, hiring and orderbook are strong but margin volatility is an overhang. It added that improved revenue visibility is a near-term comfort but trimmed its FY23 and FY24 EPS forecasts by 1.6 percent and 0.4 percent, respectively. It has a 'buy' call on the stock and raised its target price to ₹4,000 from ₹3,850 earlier.