Analysts believe that the current coal shortage and high prices will favour Coal India in the near future. Coal India accounts for the lion's share of total production, accounting for nearly 83 percent of total output.

Coal India Ltd (CIL) is a "Maharatna" public sector undertaking under the Ministry of Coal, Government of India. CIL is the single largest coal producing company in the world and one of the largest corporate employers. The company operates in 82 mining areas spread over eight provincial states of India.

It has 394 mines (as on 1st April 2017), of which 193 are underground, 177 are opencast, and 24 are mixed mines. Coal India Limited (CIL), an organised state-owned coal mining corporation, came into being following the nationalisation of the coal industry in India.

The company produces non-coking coal and coking coal of various grades for diverse applications. Most of the coal produced is from open-cast mines. Coal India's major consumers are the power and steel sectors. Others include cement, fertilizer, brick kilns, and a host of other industries. The company sells substantially all of the raw coal it produces in the Indian market.

Coal India contributes the bulk, at nearly 83 percent, of the total production.

War: The uncertainty over Russia's invasion of Ukraine has pushed domestic buyers to rush to buy coal. Russia accounts for roughly 20% of global thermal coal exports.

Even though India doesn't import coal from Russia, the surge in its prices globally will have a cascading effect on the price discovery front in those origins where it imports from. As per reports, India ships in high-grade coal from Indonesia, Australia, and South Africa.

According to Bloomberg, some buyers in India have spent 340 percent more than baseline prices in local auctions in March, citing people familiar with the situation. The seller was Coal India Ltd, the largest coal producer in the country and the world.

Coal India typically sells 15% to 20% of the coal it mines through an online auction system in which customers make bids above a predetermined minimum price.

According to some reports, Coal India is also seeking to make the first major price increase since 2018 on long-term contracts, arguing that a hike is necessary to handle spiralling costs.

Even with large premiums, locally produced coal is still far less expensive than coal imported from Australia or Indonesia. At the March 11 auctions, Coal India offered coal with a heat value of 6,000 kilocalories per kilogramme for about 11,700 rupees ($153.70) per tonne. That’s less than half the price of a similar variety of coal at Newcastle port (Australia).

India is the second-largest importer, consumer, and producer of coal, and has the world's fourth-largest reserves.

Rise in Power Demand: India's power demand during April last year reached a high of 182.37 gigawatts (GW), which only increased to 200 GW in July 2021. Experts estimate that when summer approaches in a few weeks and industry activities kick up, power demand will certainly exceed even the July 2021 peak this year.

Temperatures in northern India have been unusually high for the time of year since mid-March, resulting in a rapid rise in electricity demand.

Average daily temperatures rose above 24°C in New Delhi as early as March 13, and power demand has surged since then.

Japanese financial services firm Nomura highlighted that the coal inventories held by the Indian power plants remain tight at nine days’ worth of stock as of mid-April and it could result in power outages.

According to federal regulations, power plants must keep at least 24 days of stock on hand.

Analysts believe that the current coal shortage and high prices will favour Coal India in the near future.

The production of raw coal during the October-December period increased to 163.82 MT, from 156.78 MT in the corresponding quarter of the previous fiscal.

The company said that sales from e-auction in the October-December period stood at ₹5,052.97 crore with an average realisation of ₹1,947.19 per tonne.

Apart from coal India, shares of power generators in India rose further on expectations that their earnings will be boosted by better returns from merchant and short-term sales since discoms will have to spend more to satisfy rising summer demand. 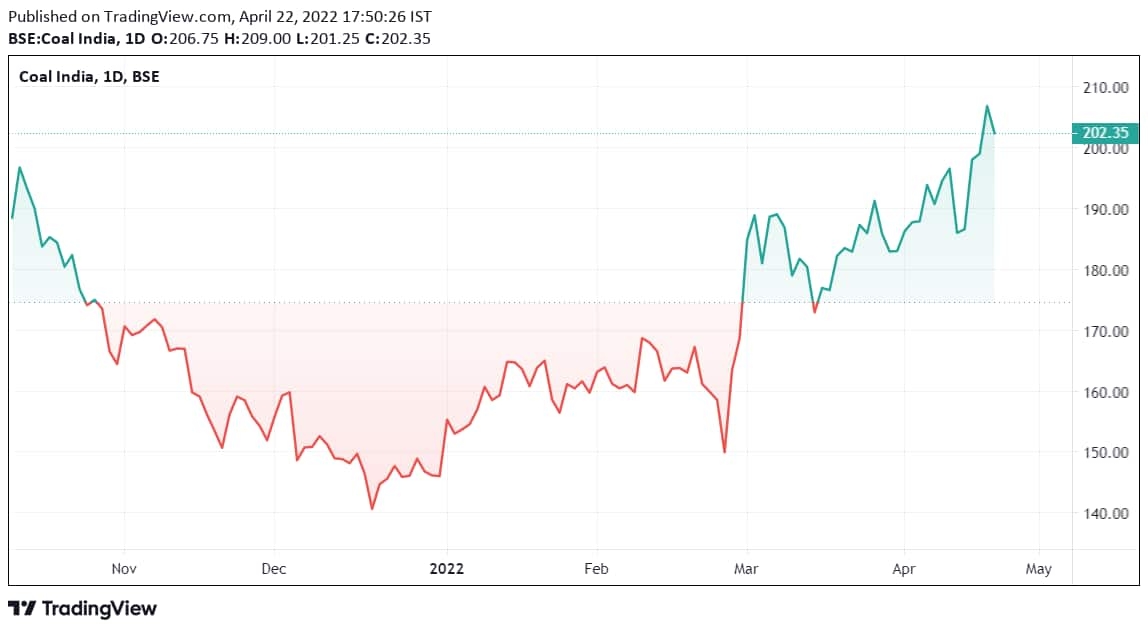 Coal India will pump in over ₹1.22 trillion on projects related to coal evacuation, exploration, and clean coal technologies by 2023-24 to achieve its one billion tonne fuel output target.

An average of 23 analysts polled by MintGenie have a 'buy' call on the stock.

Note: This story is for educational purposes only. Please speak to a financial advisor before investing. 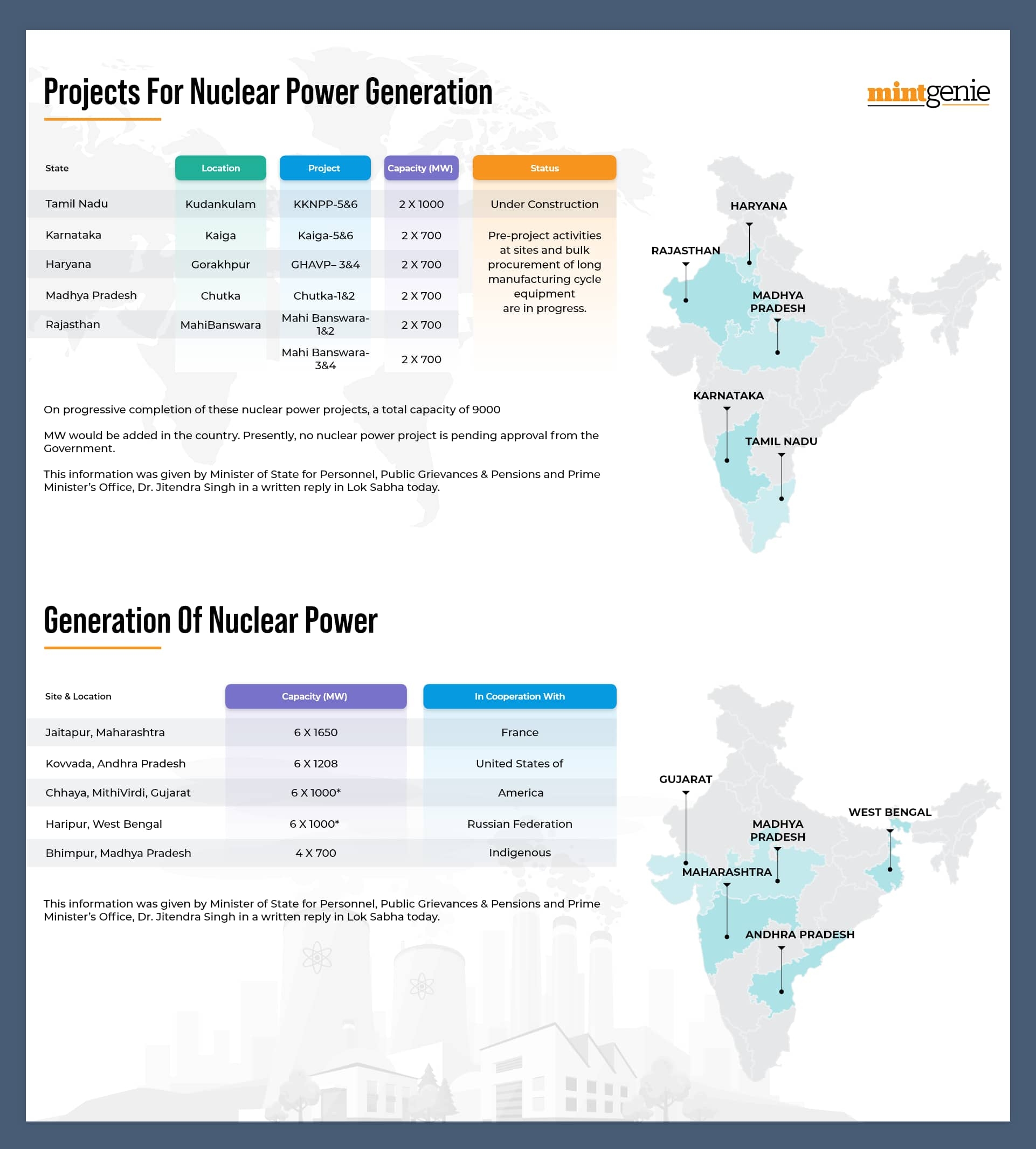