Technical View: Nifty ends in the green but forms bearish belt hold; 16,820 a key level to watch out

Technical View: Nifty ends in the green but forms bearish belt hold; 16,820 a key level to watch out 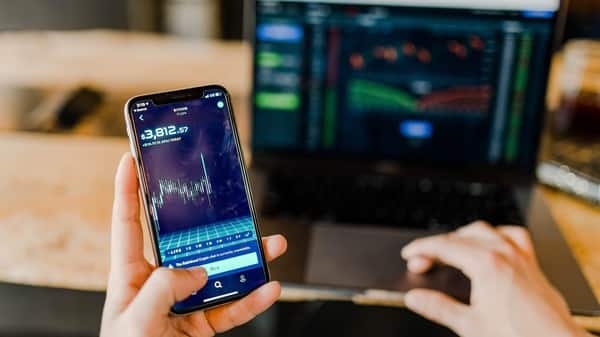 Nifty has seen a sharp recovery of around 5 percent in the last three days. However, it is still down 11 percent from its all-time high of 18,604.45.

Equity benchmark Nifty50 closed in the positive territory on March 10 but failed to hold the gains of early trade as weal global cues kept the gains limited.

Investors further covered their short positions as trends of state election results showed the final outcome is likely to be in line with expectations. Markets also got a leg up on strong global cues and hope that talks between two foreign ministers of Russia and Ukraine in Turkey would look at easing conflict between two sides.

What is a Bearish Belt Hold?

Bearish belt hold is a candlestick pattern that forms during an upward trend. It is formed when the stock or index opens higher than the close of the previous session but the opening becomes the high for the day and the stock price declines throughout the day, forming a long black candlestick with a short lower shadow and no upper shadow. This candlestick indicates momentum may be slowing down and traders must be cautious.

"Bulls appear to have failed to capitalise on its strong gap-up opening as it faltered after testing the 200-day moving average, which resulted in a bearish belt hold kind of formation. Hence, in the next couple of trading sessions, it remains critical for the index to sustain above the day’s bullish gap zone placed between 16,447 and 16,418 levels," said Mazhar Mohammad, Founder & Chief Market Strategist, chartviewindia.in.

Mohammad pointed out that unless Nifty registers a close above 16,820 level on the upside, further strength should not be expected. The inability of bulls to sustain above 16,418 level on a closing basis can lead to sharp profit booking, he said.

For time being, it looks prudent to remain neutral on the index for the day unless it closes above 16,820 levels, Mohammad added.

Shrikant Chouhan, Head of Equity Research (Retail) at Kotak Securities, is of the view that the short-term formation is still on the positive side but due to temporary overbought situation, the market is likely to consolidate in the range of 16,400 to 16,800.

Nifty has seen a sharp recovery of around 5 percent in the last three days. However, it is still down 11 percent from its all-time high of 18,604.45.

"While the geopolitical and inflation-led uncertainties play out, we find price-value equation turning favourable. The healthy earnings visibility can act as a cushion in an otherwise fragile external situation. Thus we would recommend investors to buy in this volatility in a staggered manner," said Siddhartha Khemka, Head - Retail Research, Motilal Oswal Financial Services.