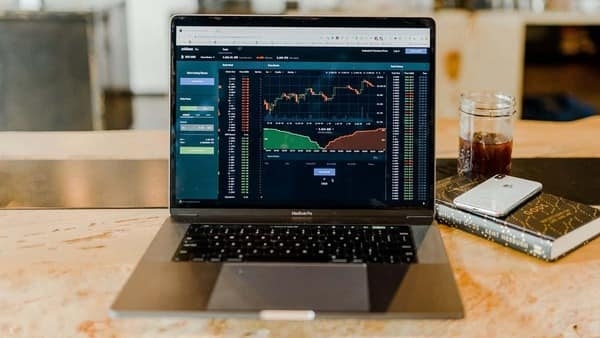 Nifty witnessed a strong pull on the downside, unable to sustain the gains of the morning session. Photo Credit: Unsplash

Nifty50 ended nearly a percent lower on April 29 ending the week and the month on a negative note as the risk appetite of investors remained weak owing to lingering concerns over inflation, looming rate hikes, the Ukraine war and mixed earnings.

Nifty witnessed a strong pull on the downside, unable to sustain the gains of the morning session.

Sumeet Bagadia, Executive Director at Choice Broking observed that derivatives data has been continuously indicating resistance around 17,300 as higher open interest (OI) buildup is seen at that strike.

"Nifty has slipped from Middle Bollinger Band formation and moved below the 21-day exponential moving average (EMA) that suggests bearishness for the coming day. Moreover, the index has also formed a bearish engulfing candlestick pattern on the daily chart, which is a bearish indication for the near term," Bagadia pointed out.

"The index is still taking support at the 50-day simple moving average (SMA) and an indicator 'Stochastic' is hovering near the oversold zone. At present, the index is having support at 16,950 while resistance is placed at 17,300," Bagadia added.

Nifty seems to be consolidating between 17400 and 16800 while it formed a large bearish candle hinting at the resumption of a downswing. As per Mazhar Mohammad, Founder & Chief Market Strategist, Chartviewindia.in, if the Nifty trades below 17,050 for at least 30 minutes in the next trading session, then it may revisit the recent corrective swing low of 16,800.

"On the upsides, unless the index registers a close above 17,400, a sustainable rally is not expected. Considering the volatile moves, it looks prudent to avoid index bets," said Mohammad.

Disclaimer: The views and recommendations made above are those of individual analysts and not of Mint Genie.