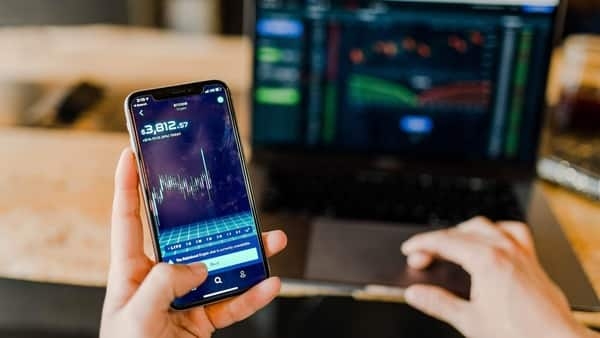 Nifty reclaimed the 17,000 level but the index is still trading below its 200-day simple moving average (SMA) which is broadly negative.

Nifty ended in the green on April 20 after five consecutive sessions of losses, helped by gains in shares of recent underperformers such as HDFC twins, Infosys and TCS.

Among the sectors, Nifty Auto jumped 2.20 percent, followed by oil & gas and IT indices that rose 1.94 percent and 1.16 percent respectively. FMCG and pharma indices rose by a percent each. Nifty Bank settled 0.07 percent lower.

Nifty reclaimed the 17,000 level but the index is still trading below its 200-day simple moving average (SMA) which is broadly negative.

Rupak De, Senior Technical Analyst at LKP Securities highlighted that the trend continues to be negative as the benchmark index Nifty remained below 17,400 even as Nifty has formed a bullish harami pattern on the daily chart, which suggests a possibility of a near-term recovery.

"On daily charts, Nifty has formed a small inside body bullish candle and on intraday charts. The index has been consistently taking support near 17,050. Direction-wise, the medium-term trend is still on the downside. But the continuation of the pullback rally is not ruled out if the Nifty succeeds to trade above 17,050," said Shrikant Chouhan, Head of Equity Research (Retail), Kotak Securities.

As per Sameet Chavan, Chief Analyst-Technical and Derivatives, Angel One, 17,200 – 17,300 remains to be a stiff hurdle and only a sustainable move beyond this would result in strong momentum in heavyweights.

"On the flip side, 17,000 remains to be sacrosanct support. Considering the overall tentativeness, we advise traders not to trade aggressively and should continue with a stock-specific approach," said Chavan.

Mazhar Mohammad, Founder & Chief Market Strategist, Chartviewindia.in, pointed out Nifty registered a Harami kind of bullish formation which signals a reversal in favour of bulls provided it is followed by a positive move in the next trading session.

"Contrary to this, if the index breaches 16,978 on the downside, weakness may initially extend towards 16,824. Nevertheless, for the time being, it looks prudent to remain neutral on the index whereas intraday traders with a high risk-taking ability can short below 16,970 for a modest target of 16,870," Mohammad added.