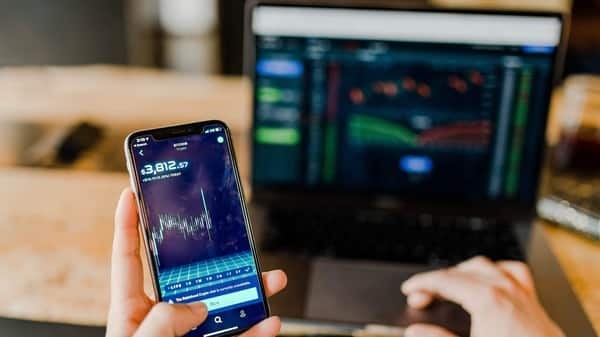 Nifty reclaimed the psychological 18,000-mark and analysts believe the impulsive risk-on theme may usher in a new leg of a bull market.

Nifty started the week on a strong note, gaining more than 2 percent on April 4, extending the recovery phase.

"The surprise news of the HDFC Bank-HDFC merger has boosted the sentiment amid mixed global cues and we may see the rub-off in the following session as well. The recent buoyancy in the banking pack is further adding to the confirmation," Ajit Mishra, VP - Research, Religare Broking, observed.

Nifty reclaimed the psychological 18,000-mark and analysts believe the impulsive risk-on theme may usher in a new leg of a bull market.

"Bargain hunting and momentum buying will continue to be the preferred theme. Nifty will aim to reclaim its all-time high at the 18,605 mark amidst the upbeat mood and WTI Oil prices tumbling below $100 a barrel. Technically, Nifty’s downside should be limited at the 17,717 mark," said Prashanth Tapse, Vice President (Research), Mehta Equities.

Nifty formed a long bullish candle on the daily chart and is now nearing an important hurdle around 18,200 levels.

"A long bull candle was formed on the daily chart with a gap up opening. Technically, this pattern indicates a sharp upside breakout in the market. Nifty is currently nearing an important hurdle of downsloping trend line around 18200 levels (downsloping trend line connected to lower swing highs, as per daily chart). There is a possibility of consolidation movement or minor downward correction around 18200 levels before showing further upside," said Nagaraj Shetti, Technical Research Analyst, HDFC Securities.

"The strength of recent upmove indicates that the market is unlikely to show any sharp trend reversal around the hurdle of 18200 levels and could eventually be broken above the resistance over the period of time. However, a decisive upside breakout of the said hurdle is likely to open the door towards the new all-time high above 18600 levels. Immediate support is placed at 17900 levels," said Shetti.

As per Mishra, a decisive close above 18,150 in Nifty would further fuel the rally towards 18,350. In case of any dip, 17,800 would now act as support. Participants should align their positions accordingly and focus more on stock selection.

As per Mazhar Mohammad, Founder & Chief Market Strategist, Chartviewindia.in, sustaining above the day’s bullish gap zone of 17791 – 17703 levels, the trajectory of this market shall be higher with initial targets of 18350 levels.

"Once, the bulls manage to conquer the interim top of 18350 levels, then decks will be cleared for new lifetime highs. However, as the HDFC twins alone contributed around 225 points out of 382 points in today’s session, any profit booking or pause in these stocks may temporarily halt the upward movement of the Nifty50. However, dips in the index should be considered as an opportunity to create fresh long positions for an initial target of 18350 levels," said Mohammad.