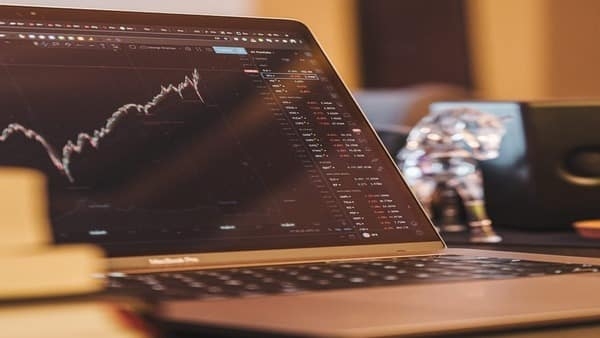 Doji candlesticks are formed when the open and close prices are equal. It signals indecision in the market.

After two days of gains and trading near the 17,400 mark, the Nifty started its downward journey yet again and slipped below 17,200 on April 22.

The market witnessed some correction and an attempt to sustain above the key support levels near 17200.

As per Vijay Dhanotiya, Lead of Technical Research, Capitalvia Global Research, 17150-17200 may act as a support zone from the short-term perspective.

"If the market sustains above this support level, we expect the market to stay positive till the level of 17,600. We have observed the momentum indicators like RSI and MACD indicating positive side momentum in the market," said Dhanotiya.

Sumeet Bagadia, Executive Director of Choice Broking observed that after forming the evening star on the weekly chart, the index has formed a Doji candlestick which shows indecisiveness among the trades.

"Doji candlesticks are formed when the open and close prices are equal. It signals indecision in the market."

"On the daily chart, it has failed to close above 17,200, indicating traders will opt to sell on rise. Immediate support of 17,000 has already been violated already, so the next strong support would be on 16,800, followed by 16,600. Short term investors may opt for stock-specific action with a positive bias," said Bagadia.

"Indicators as MACD and RSI show negative crossover further indicating weakness in price action. Overall, the Nifty index is having support at 16,800 marks while resistance at 17,550 followed by 17,650, while Bank Nifty support is placed at 35,500, followed by 35,200 and resistance at 37,200," Bagadia added.

Mazhar Mohammad, Founder & Chief Market Strategist, Chartviewindia.in, pointed out that while Nifty50 registered a bearish candle on the daily chart, it witnessed a Long-legged Doji on weekly charts hinting at the indecisive nature of the bears at the lower levels.

"A complete washout of Thursday’s gains with a close below 17,200 should favour bears in the next trading session. Hence, it remains critical for the Nifty to sustain above 17,149 and a failure to do so can initially extend the weakness towards 16,978. As markets seem to be in a high volatile phase, it looks prudent to avoid index bets, at this juncture, till some signs of stability are visible," said Mohammad.