The ride of crude oil, from worthless to $100 a barrel 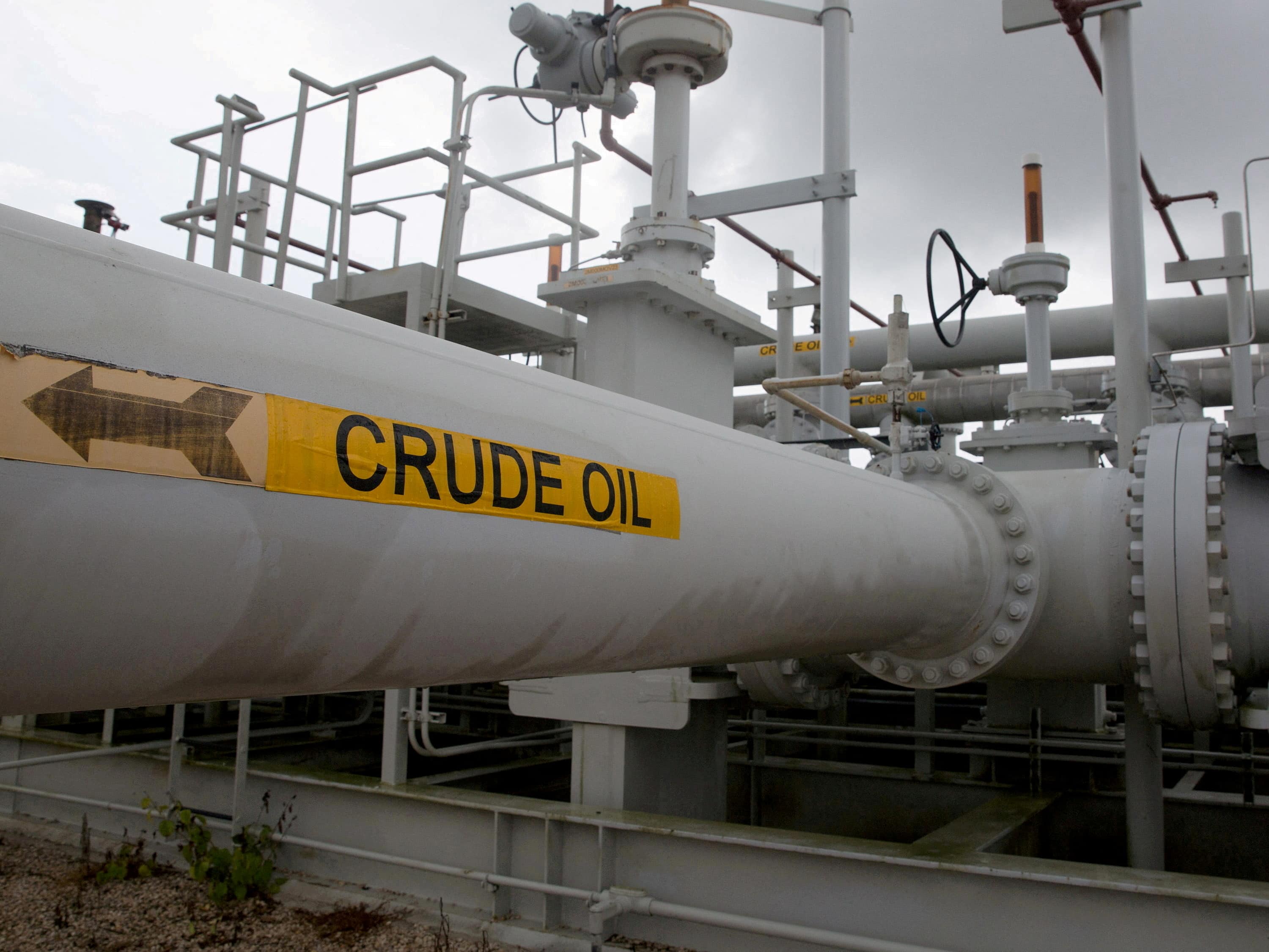 The ride of crude oil, from worthless to $100 a barrel

Brent crude crossed $100 per barrel on 24 Feb 2022, for the first time in 8 years, after Russian President Vladimir Putin's decision to launch a special military operation in Ukraine.

The impact of the COVID-19 pandemic hammered the oil industry in 2020, forcing U.S. oil prices to go negative for the first time on record. In a matter of hours on April 20, the May 2020 contract futures price for West Texas Intermediate (WTI) crude dropped by almost 300%, trading at around negative $37 per barrel.

The one-day plunge was the largest based on records going back to 1983, and the settlement was the lowest on record, according to Dow Jones Market Data, marking the first and only time a contract closed with a negative value.

Brent crude oil prices also tumbled, closing at $9.12 a barrel on April 21, a far cry from the $70 a barrel that crude oil fetched at the beginning of the year.

Prices collapse, as fuel consumption drops more than a quarter, and there is more oil in the market due to massive slump in the demand amid covid lockdown around the world and storage for crude is running out, there is no where to store it.

Shell cuts its dividend for the first time since world war. Tens of thousands of oil workers lost their jobs, fearing that global demand never returns to the pre-pandemic level.

one of the main reason for the oil to trade in the negative was, as the delivery date for WTI grew near, investors began a massive sell-off to take the contract off their hands, prompting an unprecedented crash into the negative territory.

In India, BSE Ltd has made changes to its system and allowed trading in commodity derivatives at negative prices.

Factors that led to the collapse of oil prices

Beginning in 2014, U.S. shale oil production increased its market share, as other producers continued producing oil, prices crashed from above $114 per barrel in 2014 to about $27 in 2016. In September 2016, Saudi Arabia and Russia agreed to cooperate in managing the price of oil, creating an informal alliance of OPEC and non-OPEC producers.

OPEC summit in Vienna on 5 March 2020. At the summit, OPEC agreed to cut oil production by an additional 1.5 million barrels per day through the second quarter of the year (a total production cut of 3.6 million bpd from the original 2016 agreement), with the group expected to review the policy on 9 June during their next meeting. OPEC called on Russia and other non-OPEC members of OPEC+ to abide by the OPEC decision.

On 6 March 2020, Russia rejected the demand, marking the end of the unofficial partnership, with oil prices falling 10% after the announcement.

On 8 March 2020, Saudi Arabia announced unexpected price discounts of $6 to $8 per barrel to customers in Europe, Asia, and the United States. The announcement triggered a free fall in oil prices and other consequences that day, with Brent crude falling by 30%, the largest drop since the Gulf War.

On 9 April, OPEC and Russia agreed to reduce by 10 million bpd. USA expected its production to fall by 2 million bpd at the end of the year. 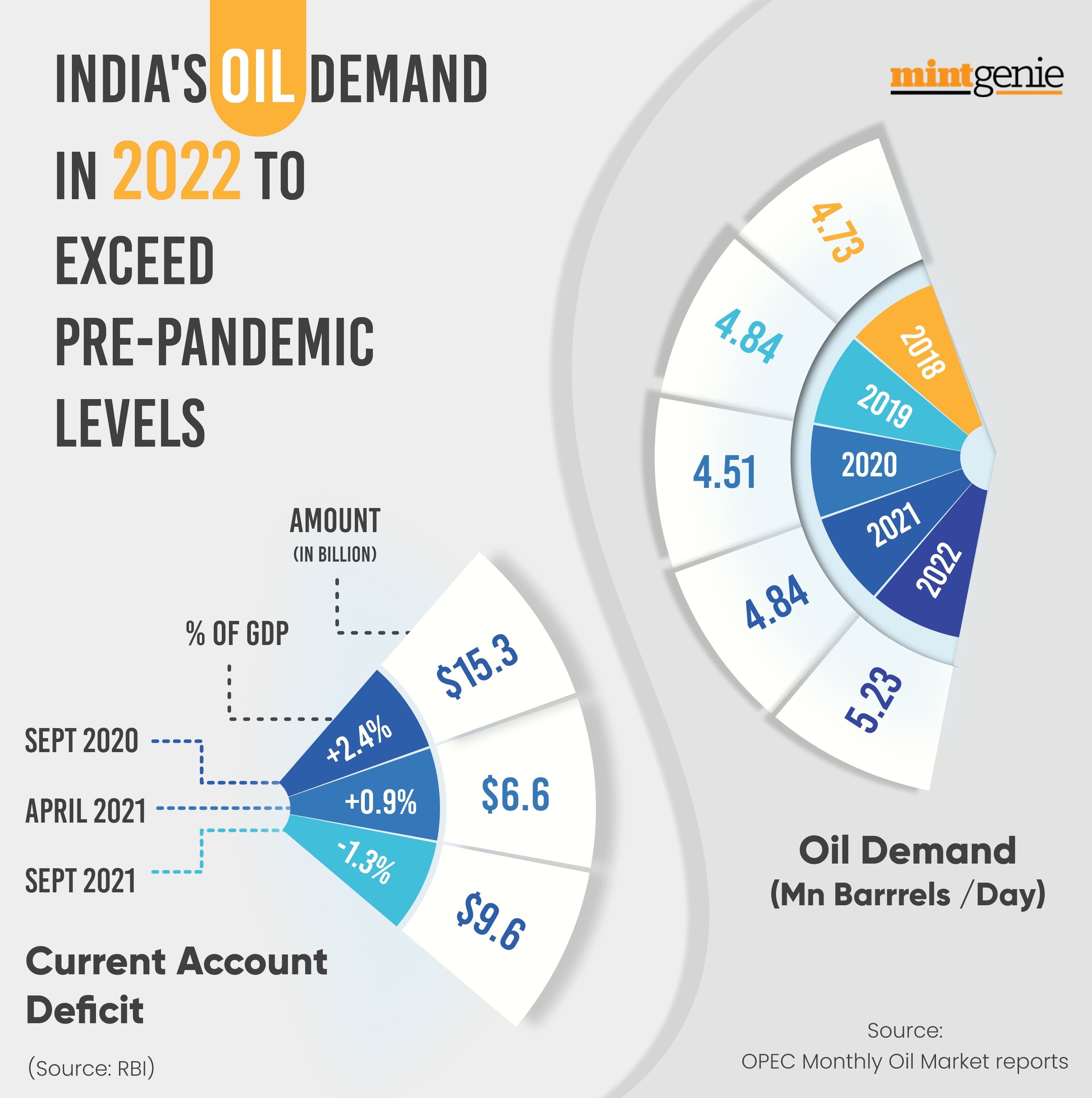 On 20 April the price of WTI oil for May delivery (expiring on 21 April) fell into negative territory (-$37/bbl) for the first time in recorded history due to depressed demand and insufficient storage capacity.

A Rebound of oil prices came after vaccine hopes

The oil markets started to shift as nations began to emerge from their lockdowns. From the month of June, Brent crude oil spot prices averaged $40 per barrel, an increase of $11 per barrel from May’s average. Production cuts by OPEC and their partner countries (OPEC+) contributed to the decrease in global oil supply and a stabilization of oil prices.

In June, OPEC announced that they would extend their deepest production cuts through July.

On November 2020, Prices of Brent crude was traded at $45.47. The price hike came after US drug maker Pfizer and its German partner BioNTech submitted an emergency use authorization request to the US Food and Drug Administration (FDA) for the COVID-19 vaccine, and hopes for an extension of the OPEC +Production cuts through 2021.

Brent crude crossed $100 per barrel on 24 Feb 2022, for the first time in 8 years, after Russian President Vladimir Putin's decision to launch a special military operation in Ukraine.

Russia has launched an all-out invasion of Ukraine by land, air and sea in the biggest attack by one state against another in Europe since World War Two. The United States and Europe have promised the toughest sanctions on Russia in response.

Russia is one of the world's largest oil and gas producers, and fears that it could invade Ukraine have driven the rally in oil closer to $100 per barrel, a level not seen since 2014.

The Organization of the Petroleum Exporting Countries and its allies including Russia, a group known as OPEC+, has struggled to deliver monthly pledges to increase output by 400,000 barrels per day (bpd) until March.

Both WTI and Brent are now up more than 40% year to date as demand rebounds while supply remains constrained. Global producers have kept output in check, and OPEC and its oil-producing allies have been slowly returning barrels to the market after implementing an unprecedented supply cut of nearly 10 million barrels per day in April 2020.

Investors are also watching talks between the United States and Iran. The Iranian foreign minister said Iran was "in a hurry" to reach a swift agreement in nuclear talks in Vienna, provided its national interests are protected.

Investors are also watching talks between the United States and Iran. The Iranian foreign minister said Iran was "in a hurry" to reach a swift agreement in nuclear talks in Vienna, provided its national interests are protected.

A nuclear deal between the United States and Iran could release 1.3 million barrels of supply, but this will not be sufficient to ease the supply constraints

Goldman Sachs on February 28 raised its one-month forecast for Brent crude prices to $115 per barrel, up from $95. The upward revision comes amid the escalation of tensions between Ukraine and Russia, with the latter being hit by crippling Western sanctions

The Role of Russia in global oil markets

Russia is the world’s largest exporter of oil to global markets and the second-largest crude oil exporter behind Saudi Arabia. In December 2021, it exported 7.8 mb/d. Oil product exports totalled 2.85 mb/d.

The reliance of the European Union and (indirectly) the United Kingdom on Russian natural gas supplies has increased over the last decade.