The Ukraine-Russia war is likely to cause disruption in Indian economy; oil and rupee levels already hurting

The Ukraine-Russia war is likely to cause disruption in Indian economy; oil and rupee levels already hurting

As analysts expect crude oil prices to remain elevated for a longer period and dollar to gain against its global peers, rupee may inch towards even the level of 80. This clearly, will not be a good sign for stock markets in India and the economy as a whole. 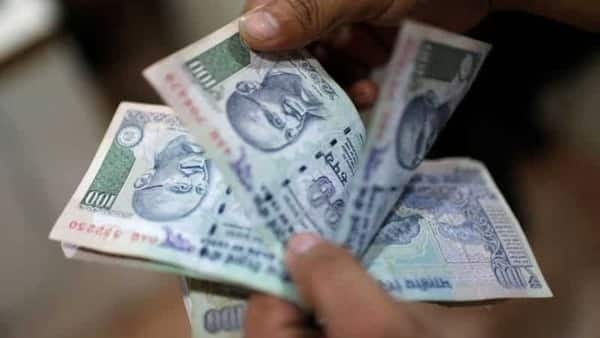 The Indian currency has hit an all-time low, thanks to the ongoing Russia-Ukraine war and the sharp jump in crude oil prices. The Rupee fell 1.05 percent against the dollar to close at 76.97 on March 7 as Brent Crude prices hit the highest level since 2008, passing the $130 a barrel mark.

Since Russia is one of the biggest oil producers and exporters, a ban on Russian oil will result in a shortage of oil in global markets. The rise in oil prices will lead to a spike in energy prices, a rise in inflation in oil-importing countries like India.

India is the world's third-largest importer of crude oil and rising crude oil prices can distort the country's fiscal math by pushing up its trade and current account deficit, and giving rise to inflation which will lead to a fall in its currency.

The current account deficit (CAD) is likely to widen by nearly $14-15 billion (0.4 percent of GDP) for every $10 per barrel rise in the average price of the Indian crude basket. If the price averages $130/bbl in FY2023, then the CAD will widen to 3.2 percent of GDP, crossing 3 percent for the first time in a decade," said a report from a credit rating agency ICRA.

"While elevated commodity prices and pessimistic sentiments in global markets will impart a depreciating bias to the rupee, large forex reserves are likely to avert a sudden sharp depreciation. We expect the dollar-INR cross rate to trade in a range of 76-79 per dollar until the conflict subsides," said ICRA in its report.

Anindya Banerjee, DVP, Currency Derivatives & Interest Rate Derivatives at Kotak Securities is of the view that RBI will ensure that USD-INR does not enter a sharp spiral as they have enough reserves and long positions in forwards to defend the rupee. They can even use oil windows for oil marketing companies (OMCs) to alleviate the strain in the spot market. However, if crude oil prices spiral towards $150 then the pressure will mount significantly, Banerjee said.

As analysts expect crude oil prices to remain elevated for a longer period and the dollar to gain against its global peers, the rupee may inch towards even the level of 80.

"Dollar will continue to soar as the roadmap given by Fed this year is six rate hikes which are way positive for the dollar, which can lead USD-INR close to 80 level. Indian markets will continue to be under pressure in the first quarter of 2022-2023 along with global equities after hiking the interest rate in almost a decade," said Megh Mody, Research Analyst at Prabhudas Lilladher.

Mitul Shah, Head of Research at Reliance Securities thinks there is the likelihood of the rupee depreciating further amid its rising import bill due to higher crude prices. However, touching mark of 80 per dollar seems to be remote as we have sufficient forex reserves.

"At a certain level of rupee depreciation, RBI's intervention protects it to go to this historical mark of 80. Any sharp currency depreciation always hurts the importers and industries highly dependent on imported raw material input like automobiles, electronics, white goods, petrochemical, etc. Investors should remain positive on IT and pharma sectors, which benefit from rupee depreciation," Shah said.

"Currently, metals stocks are outperforming owing to supply concerns, while the IT sector is outperforming due to the dollar price increase. Investors may want to accumulate these stocks for the medium to long term," said Purohit.

There is only one possibility that the rupee falls below the 80 mark in the near term, which is Crude prices crossing or near $200.

If countries, led by the European Union, stops buying oil from Russia then crude oil will easily touch $200 per barrel and the Indian Rupee will reach 80 to a dollar, said Jateen Trivedi, Senior Research Analyst at LKP Securities.

"Indian market will see major risk in inflation as buying crude for India will become very expensive in a very short period and all FMCG and automobile products by-product shall witnesses steep hike which will slow down the spending, hence, affecting the growth. Investors can buy direct link sectors which become more profitable when crude prices rise, like oil & gas producer companies," said Trivedi.

Rupee's weakness leads to higher inflation which may force the RBI to change policy stance and lift rates. In turn, the market will see an outflow of foreign capital and since inflation will be high, the earnings of India Inc. will be adversely impacted.