What should investors do with Maruti Suzuki post results? Buy, sell, or hold? 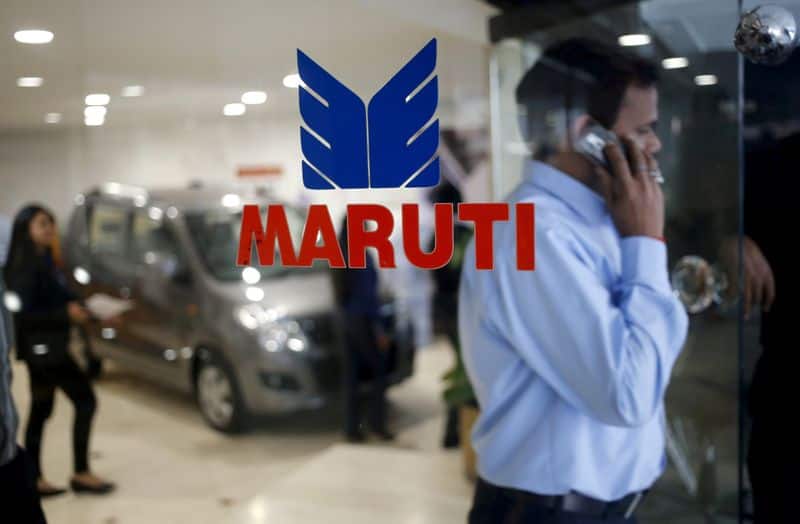 What should investors do with Maruti Suzuki post results? Buy, sell, or hold?

Maruti Suzuki India Limited reported a profit after tax of ₹1838.9 crore in the March quarter. During the quarter, the company sold 488,830 vehicles, a 0.7% decrease from the same period last year.

Shares of Maruti Suzuki India Limited were trading lower by half a percent on Monday's trade, despite the company's 58% rise in year-on-year profit after tax.

The country's largest passenger car maker on Friday reported a profit after tax of ₹1838.9 crore in the March quarter, up from ₹1,166.10 crore in the corresponding quarter last year, nearly 58 per cent rise year-on-year. The rise came on the back of price hikes and lower sales promotion costs.

The operating earning before interest and tax (EBIT) margin was 7%, up from 5.4% in the year ago quarter and up 160 basis points year on year.

"The prices of commodities such as steel, aluminium, and precious metals witnessed an unprecedented increase during this year." The company was forced to increase the prices of vehicles to partially offset this impact. The company continued to work on cost reduction efforts to minimise the impact on customers," Maruti said.

Last month, Maruti said it would increase the prices of its entire model range due to a rise in input costs. The company has taken four price hikes totalling almost 9% since January 2021.

What the future holds?

ICICI Securities has maintained its 'hold' rating on Maruti Suzuki, citing good demand projections that are limited by the company's conservative approach to electrification.

The brokerage house raised its target price for Maruti Suzuki from ₹7,750/share to ₹8,545/share, implying an upside of 10% from the current CMP, and valued Maruti Suzuki at 30x P/E based on FY24E EPS of ₹285/share.

The report also stated that Maruti Suzuki's share prices have grown at a 3.9 per cent CAGR from April 2017, beating the Nifty Auto Index during this period. According to the report, MSIL is riding on pent-up demand and exciting product launches. “MSIL demand remained strong with the introduction of new products such as the Wagnor (refresh), Dzire (CNG), new Celerio, and new age Baleno, all of which included first-in-class features such as a heads-up display and a 360-degree camera," the report stated.

HDFC Securities, on the other hand, said that a recovery in the economy is expected to restore discretionary consumption for the middle-to-low income class, and MSIL is expected to be the key beneficiary.

The brokerage expect the company will gradually regain its lost market share with a strong product pipeline in utility vehicles (UVs).

MSIL continues to strengthen its foothold in the car industry, with its market share has risen to 63.6% in FY22, up from 52.2% in FY17, the report added.

"We believe that concerns over market share loss in UVs are overstated, as MSIL has often proven its mettle in the past, and we expect it to bounce back this time as well," said the report.

"It has the lowest tailpipe emissions, and its strategy of working on several solutions to achieve emission compliance seems to be the ideal method for India," it further said.

HDFC Securities keeps its "add" rating with a target price of INR 8,412/share, implying an upside of 8.7% from the current price.

An average of 45 analysts polled by MintGenie have a 'buy' call on the stock.