Why has Fed rate hike, hawkish tone failed to roil the mood of Indian stock market

Why has Fed rate hike, hawkish tone failed to roil the mood of Indian stock market 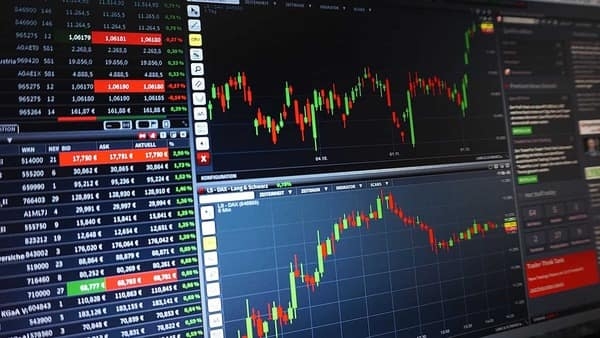 The US inflation had reached a four-decade high of 7.9 percent in February owing to rising food, energy and services cost.

As widely expected, the US Federal Reserve raised interest rates by a quarter percentage point in its March FOMC meet and signaled hikes at all six remaining meetings in 2022. This is being done to keep the soaring 40-year high inflation under check. As media reports suggested, Fed Chair Jerome Powell said the US economy is very strong and can handle monetary tightening.

The US inflation had reached a four-decade high of 7.9 percent in February owing to rising food, energy and services costs. A sharp jump in inflation prints had left little scope for the US Fed to keep the rates low.

A rate hike by US Fed is seen as a negative for the Indian market. However, despite the rate hike and hawkish tone of the US Fed, the Indian market benchmarks not only traded in green but jumped about 2 percent in intraday trade.

Understand how the rate hike impacts the Indian market

When the US Fed hikes rates, the US bond yields rise. A rise in US bond yields makes them more attractive than the Indian bond yields so foreign investors take money out of India and buy US bonds. In simple words, FPI outflow begins.

Secondly, when interest rates are raised in the US, the dollar becomes stronger in comparison to the rupee. The fall in Indian currency results in lower investment return for foreign investors as the rate of change from rupee to dollar becomes expensive. This also leads to outflows of foreign funds from India.

Thirdly, a hike in interest rates leads to liquidity tightening in the market. When there is less liquidity, there is less flow of funds to emerging markets such as India. As a result, the gains of the equity market are capped.

But the Indian market does not look worried due to Fed rate hikes at this juncture.

"The US Fed would not like, or cannot afford, to see any major stock market fall as the overall market cap has become so big and most of the US citizens’ wealth are tied up with the US equities. Further, though the US economy did very well till the end of 2021, it slightly weakened since January 2022. US consumer sentiment shrank in early March, coming at the lowest since 2011. Our view is that the US Fed would hike rates in a measured way and would ensure that the US equity market doesn’t fall badly," said Chokkalingam.

"Secondly, 2017 and 2018 saw major rate hikes. The US indices held on to some gains in 2017 but fell up to 10 percent in 2018. However, if we look at the performance of US indices for the cumulative period of 2017 and 2018 when the cumulative rate hikes were 175 bps, the US equity markets still gained. Like now, in 2017 also the US markets had a previous track record of a bull run," Chokkalingam added.

After the Fed hike, even though the rupee had fallen against the dollar in 2017 and 2018, the domestic equity markets had risen much more and ignored the US rate hikes.

"Our argument is that ultimately the strong US and global economy matters most. Of course, the rate hikes could bring in volatility with some downward bias, but it is not going to create any major fall in the domestic equity markets," Chokkalingam explained.

The market always looks forward and factors in what is imminent. The talks of rate hikes were on for the past few months and the market knew that it was coming. So the focus of the market now is on the economic recovery and the quarterly earnings of India Inc. In the near term, the Russia-Ukraine war is the key driving force for the market but in the long run, fundamentals will have the upper hand.

"The Fed raising rates by 25 bp was on lines of market expectations. Fed's projections of another six hikes this year are hawkish and, therefore, the smart rally in US markets was a bit unexpected. The explanation is that the market was oversold and the consequent short-covering pushed indices higher. The market drew confidence from the Fed chief Powel's statement that the American economy is very strong and well-positioned to handle tighter monetary policy," said V K Vijayakumar, Chief Investment Strategist at Geojit Financial Service.

At present, FPIs turning buyers after a long time and softness in crude is supporting the market. There is upward potential in financials, particularly in high-quality private banks in which FPIs were sustained sellers, said Vijayakumar.

Foreign portfolio investors (FPIs) have been on a selling spree in the Indian market, exceeding the global financial crisis (GFC) outflow of 2008-09. However, the market benchmark Sensex has not reacted to the FPI selling.