Why is FPI selling not impacting Indian markets like it used to?

Why is FPI selling not impacting Indian markets like it used to?

There was a time when foreign investors dumping Indian stocks would mean a vertical drop in indices. Although, we are in the midst of an unprecedented selling by FPIs over the past few months, the market is holding its ground. What changed? 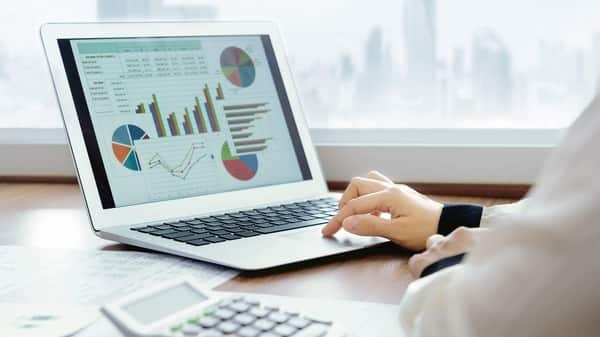 In recent times, the Indian market has been less dependent on foreign investors thanks to the steep rise in the number of domestic investors.

Foreign portfolio investors (FPIs) have been on a selling spree in the Indian market, exceeding the global financial crisis (GFC) outflow of 2008-09. However, if you look at the Sensex and Nifty, you will see a story that is poles opposite to that of 2008.

Data from NSDL show that FPIs have sold equities worth ₹1,41,374 crore in the Indian market in the financial year 2022 (FY22) so far. Cumulatively, they have withdrawn ₹1,19,794 crore from the Indian financial market instruments, which includes equities, debt, debt-VRR (voluntary retention route) and hybrid category. The data show, FPIs have sold only equities and bought in debt, debt-VRR and hybrid categories in FY22 so far.

Gist of the story

In the year of the global financial crisis (FY09), FPIs sold Indian equities worth ₹47,706 crore but the equity barometer Sensex plunged 38 percent. In FY16, FPIs had sold Indian equities worth ₹14,172 crore and the Sensex fell 9 percent. In the current financial year, when the FPI selling is almost three times higher than the outflow during GFC, the Sensex is up 14 percent as on closing trade of March 14, 2022.

FPIs have been selling in the Indian market as the interest rates are likely to rise in the near future. In the wake of Covid-19, Fed unleashed massive liquidity support to keep the market up and running. A significant portion of this liquidity poured into the emerging markets such as India, now, as the possibility of rate hikes loom, FPIs want to take the money off the table and deploy them in the relatively stable market such as the US.

The recent rise in crude oil prices and the rupee's weakness against the dollar has also contributed to the outflow of foreign capital.

In recent times, the Indian market has been less dependent on foreign investors thanks to the steep rise in the number of domestic investors. In the last one year, the number of investors registered with BSE has jumped about 58 percent.

It is them who are saving the market from a steep fall due to FPI outflow.

"Between October and now, overseas investors have dumped Indian stocks worth $19.8 billion – an outflow much more than previous two episodes, but the Sensex fell only 10.7 percent since October 2021, thanks to pouring retail investors and continued support from the domestic institutional investors (DIIs)," said G Chokkalingam, Founder, Equinomics Research & Advisory.

We are witnessing consistent buying by domestic investors in the face of unprecedented selling by FPIs during rare and extreme fear-inducing events seen over the past few years, including the Covid pandemic and global brinkmanship due to the Russia-Ukraine conflict. This is a clear positive surprise and heralds the structural deepening of domestic savings into equities in India, brokerage firm ICICI Securities pointed out.

"Such behaviour of aggressive buying during declining stock prices by domestic investors should result in improved long-term outcomes for their portfolios against buying in a high-optimism phase of the market and thereby setting off a virtuous cycle. However, the corollary to the foregoing is that expectations of finding huge bargains in stock prices seen in previous bouts of FPI selling will be belied going ahead," the brokerage firm added.

ICICI Securities also pointed out that the rising share of foreign direct investment (FDI) (annual run-rate of $40 billion-50 billion) as a source of financing current account deficit (CAD) is reducing the economy’s dependence on FPI flows.

VK Vijayakumar, Chief Investment Strategist at Geojit Financial Services pointed out that FPIs fear that India would be impacted more by the commodity price hike, particularly crude spike since India is a major crude importer and their selling is mainly confined to financials and IT since these segments constitute the bulk of assets under the custody of FPIs.

"An important takeaway from FPI selling is that it is not impacting all segments. For instance, FPIs sold IT stocks worth ₹10,984 crore in February, but in March IT is one of the best performing sectors," said Vijayakumar.

Analysts and brokerages highlight that even though India is witnessing FPI outflows, it remains the only attractive demographic market globally.

"India offers a better story than China in terms of stability. One sign of returning flows will be if FPIs start buying Indian consumer stocks - but that is probably a sign to watch out for toward the end of Q1FY23," said brokerage firm Emkay Global in a note.

Disclaimer: The views and recommendations made above are those of individual analysts or broking companies, and not of MintGenie.)