In a post-market regulatory filing on BSE on March 15, Zomato said it will grant a loan of up to $150 million to Grofers India in one or more tranches. 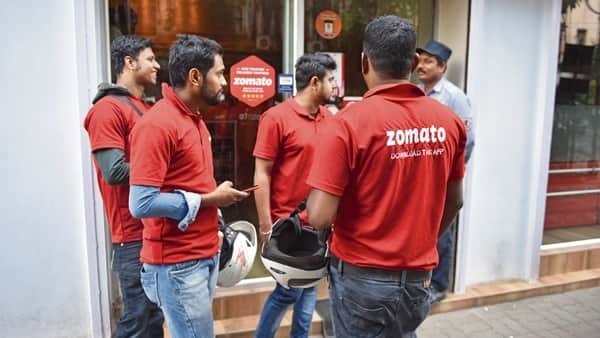 The transaction involves an all-stock deal that values Blinkit between $700 million and $800 million. The deal value is significantly lower than the unicorn status Blinkit achieved after getting more than $120 million from Zomato and investor Tiger Global Management, the report further said.

Zomato owns about 10 percent of Blinkit which is run by Grofers India Pvt. Ltd.

In a post-market regulatory filing on BSE on March 15, Zomato said it will "grant a loan of up to $150 million to Grofers India in one or more tranches. This loan will support the capital requirements of Grofers in the near term and is in line with our stated intent of investing up to $400 million cash in quick commerce in India over the next 2 years." The regulatory filing, however, did not say if Zomato is going to take over Blinkit.

Additionally, the company said in the regulatory filing that it had acquired a 16.66 percent stake in Mukunda Foods Private Limited for $5 million. Mukunda Foods deals in food robotics and automation, which manufactures and designs robotic equipment to automate food preparation for restaurants.

Shares of Zomato hit their all-time low of ₹75.55 in early trades on BSE but soon recovered and traded with mild gains. The stock is now 55 percent below its all-time high of ₹169.10 on BSE.

Shares of the new-age tech companies such as Zomato and Paytm have been under pressure of late amid market volatility.