Taking your friends for a ride by showing off your lifestyle may get you extra ‘likes’, but when you try to cross the line- it could land up behind the bars 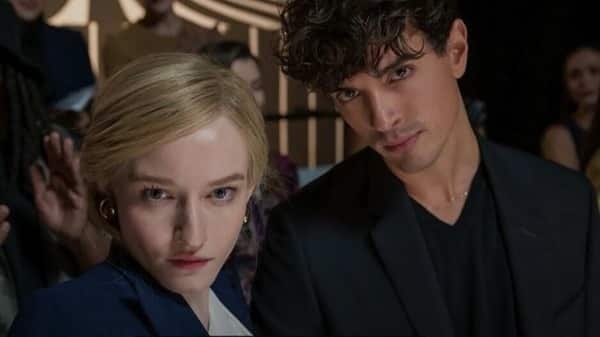 While using the pseudonym of Anna Delvey, she followed the approach of ‘fake it till you make it’ way too seriously.

The famous Netflix drama ‘Inventing Anna’ featuring Julia Garner is a story based on the life of German fraudster Anna Sorokin. Although based on a true story, the show has some made up portions depicting the life of a fake socialite who defrauds the social elite, bankers and financiers who almost extend loans of up to twenty million dollars to her.

While using the pseudonym of Anna Delvey, she followed the tried-and-tested approach of ‘fake it till you make it’ way too seriously. Her lawyer quite rightly says in the opening sentence ‘There is a little bit of Anna in all of us.’

Although there are a number of lessons one can learn from the series, we zero in on the ones relating to finance.

1 Fake lifestyle won’t take you far: It’s a natural tendency among most of us to show off by buying expensive gadgets, clothes and splurging in restaurants. But one should do it within a limit and not with borrowed money. One can’t go far by living a borrowed lifestyle. Just as Anna, con artists usually end up in jail.

2. Lend only that much money which you can afford to lose: Some of Anna’s friends lent her money for a short period and didn’t get it back. We are not aware if we have an Anna around us. Before giving loan to anyone, it is indispensable to be sure of their creditworthiness, instead of getting carried away merely with their lifestyle.

3. Avoid confirmation bias: There is a concept of confirmation bias (tendency to believe evidence that supports our preconceived notions) in behavioural economics. The victims of Anna also had this prejudice as they ignored the clues that showed her true colours. But they continued to believe that Anna was a rich heiress and was someone who gave $100 tips to waiters. They just became blind victims of a trap which she laid for the people around them.

4. Don’t think you can’t be duped because you are smart: Anna was able to con her friends by living a glamorous lifestyle. She made them use their credit cards purely by feeding on their fantasies of living a rich and glamorous life.

5. Pay attention to early signs of fraud: When someone fails to pay on numerous occasions for weird reasons such as an emergency, or credit card not working and lack of access to bank account, one should get suspicious and not continue to believe merely because you happen to ‘know’ the person or is your ‘good friend’.

So, whether you or one of your close friends have some traits of Anna as her lawyer put it, it is good be on guard so that you can keep such self-damaging notions at bay. If you have a yearning to splurge the money, earn it first.