Budget 2022: Changes in the income tax slab on cards?

Budget 2022: Changes in the income tax slab on cards?

The income tax slabs have not undergone any major change since 2014. Is this the right time to overhaul the tax rates? Well, if you believe the surveys, the answer is ‘yes’. As a matter of fact, a majority of respondents expect the tax exemption limit to be raised. Let us dwell deeper into this 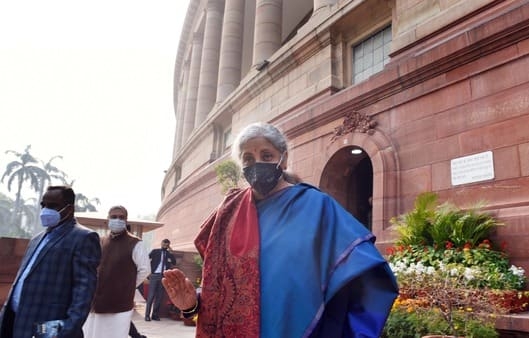 In 2020, the Union Finance Minister Nirmala Sitharaman introduced an optional tax regime wherein the tax rates were slashed for those who were willing to forego exemptions and deductions. Photo: HT

Ahead of the Union budget speech by the finance minister on the floor of Parliament, citizens pin a lot of hopes while keeping their fingers crossed. Across the length and breadth of the country, people from all walks of life nurture expectations of a lower income tax burden either as a result of a change in the tax rates, or of revision of tax slabs.

There is a widely-held belief that the Union Finance Minister Nirmala Sitharaman would announce a major relief to taxpayers in the Union Budget 2022-23.

The basic exemption limit is expected to be increased from ₹2.5 lakh to ₹3 lakh. This limit for senior citizens is currently at ₹3 lakh, and is likely to be raised to ₹3.5 lakh.

There are also expectations that the top income slab would be raised from the existing level of ₹10 lakh.

In another survey by Deloitte, 74 percent of respondents wanted income tax rates to be reduced or slabs revised.

Also, a majority of people (nearly 60 percent) expect the limit under section 80C to be hiked, while 50 percent want standard deduction to be raised. The salaried individuals are given a standard deduction of ₹50,000 from their gross total income, bringing their taxable income lower by this amount

Tax payers’ expectations also stem from the fact that the Union Finance Minister Sitharaman, who would present her fourth budget on Tuesday, has not made any radical change in the tax slab or tax rates in the past two years.

In 2020, however, the FM introduced a new optional tax regime wherein the tax rates were slashed for those who were willing to forego exemptions and deductions such as house rent allowance, leave travel concession, deduction under section 80C.

Since a majority of taxpayers still opt for the old tax regime, expectations are high that the new regime would get phased out.