Dear Women, Don't Let Men Gaslight You on Your Own Money

Dear Women, Don't Let Men Gaslight You on Your Own Money

Women of modern society must understand that being gaslit for their ability to make financial decisions distorts the sense of reality. It is one of the most dangerous things as it invalidates personal perception. 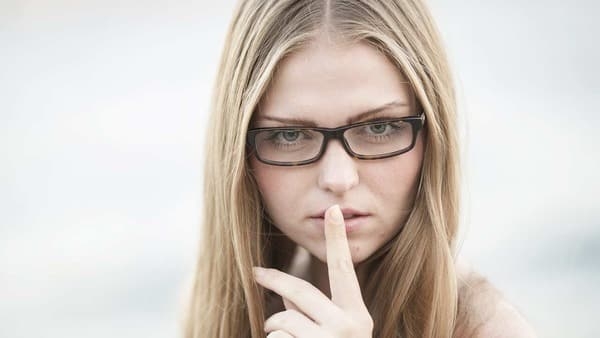 As we approach the turn of the twenty-first century, women must make financial decisions independently.

In today's progressive society, women have started recognizing their true potential and have grown tremendously in all walks of life. They have been a force behind every major decision at home and are seen increasing their presence at the highest management level and in other workplace decision-making positions. Yet, the belief and practice of patriarchy has subjugated women when it comes to managing their money or overall finances. The dynamics of gender politics in urban and rural households, deep-rooted patriarchal conditioning, and intertwined family values have impacted the territory of investment and financial decisions of the women. Globally, women disproportionately suffer from economic discrimination and exploitation. Gender differences in financial inclusion have a far-reaching impact on women's quality of life and autonomy, sometimes exposing their families, and communities to the risk of financial fragility.

As we approach the turn of the twenty-first century, women must make financial decisions independently. It will boost their confidence and create a financially gender-balanced society for the future. Women being continuously gaslighted about their money challenges is rampant in our community. According to one of the findings of Starling Bank, even the highly perceived media content speaks to men and women differently about money. Men are advised on investment strategies, while women are told to stop splurging. The study also suggests that the tonality is often tending towards condescending, didactic and accusatory, with expert and personal testimonials employed as narrative devices to lend persuasive credibility to the financial advice given.

Women of modern society must understand that being gaslit for their ability to make financial decisions distorts the sense of reality. It is one of the most dangerous things as it invalidates personal perception. They must sense that it's a control tactic that leaves them victimized of altered reality in which they begin to question even their own intellect. By creating chaos, gaslighters hold all the power in the relationship, as women become increasingly oppressed. It is paramount to know that the long-term effect of being a victim of financial gaslighting can cause serious wellness issues, too for them, such as anxiety, self-doubt, insecurity, paranoia and distrust. Hence, it is crucial to coupon-clipping her way out to prosperity and resolve the gender wealth gap. Deep-level impact on social transformation only occurs when the concept of patriarchy is shaken and conditions supporting eve empowerment are created for women to experience financial freedom.

Women worldwide, known for their excellent management skills in running a home, should not be dependent on men in making financial decisions involved in planning for retirement or other investments. Financial literacy, economic freedom and encouragement to form their own financial identity are essential aspects for their growth.

Although traditionally, women have been adept at managing household budgets, most women have rarely had the leverage or the mindset conducive to managing investments and making major financial decisions. Women tend to be risk-averse and prefer safe or low-risk investments such as fixed deposits, post office schemes, gold, insurance, provident fund and national saving certificate. Their decisions often revolve around the family's good instead of their own wellbeing.

In fact, until a few years ago, for most women, financial inclusion was confined to holding joint accounts with their husbands. Women themselves tend to relegate the task of investment management to the male members of the family because of the old line of thought that men are better equipped for investment management. The time has come for women to take their own lives into their hands and be assertive when it comes to money management. Thanks to the digital revolution that India is witnessing, there are many avenues available today.

What's happening is that, though many of them - in the urban areas and even in the countryside - are digitally savvy and use mobiles and laptops with ease, still, there seems to be a traditional overwhelming reliance upon their influencers. The male-dominated professionals, namely chartered accountants or successful people of their business groups, tend to influence these women. A change in mindset is the need of the hour. Although many women are observed not trusting digital transactions irrespective of their education age and status quo, gnawing perceptible inaction exists. This needs to change.

Even though the entrepreneurial spirit is more common in the hinterland, the women in the remote areas of the nation are ignorant of basic banking transactions, such as cash deposits, transfer of funds, and as simple as using an ATM card. Government initiatives in this direction are ongoing. However, financial literacy and freedom at the grassroots level can go a long way in bridging this gap.

A positive to note about women entrepreneurs is that their intention to default on loans taken for their business is almost nil. Noteworthy is how women tend to hand over their savings and sometimes the money they set aside for their loan repayment to their men. It only plunges them into financial difficulty and loan stacking. It is a vicious circle. Sometimes, ignorance in no finality on a business model can make or break. The diversion of funds to non-productive avenues must be avoided at all costs.

As responsible, intelligent and well-informed women, their financial wellbeing lies in their hands itself. Women must take the initiative to learn and be better informed about working capital cycles, cost of production, risks of labor issues, bad debts, funds diversion and inability to compete with technology. They must understand that the business against which they borrow primarily is usually their primary source of livelihood and default should be the last resort.

A change is happening. More and more women are realizing the importance of being in charge of handling their finances. Women need to work upon their knowledge and skill to use their money judiciously for income-generating activities. Making informed financial decisions through continuous learning is the way forward.