From Meena Kumari to Boris Becker: Why these celebrities failed with money? 7 key common traits

From Meena Kumari to Boris Becker: Why these celebrities failed with money? 7 key common traits

The lives of the rich and famous often seem glamorous, but even the celebrities have issues with money. Here are a few examples of famous celebrities who lost all of their money. Some of them managed to recover, while others remained in financial trouble. 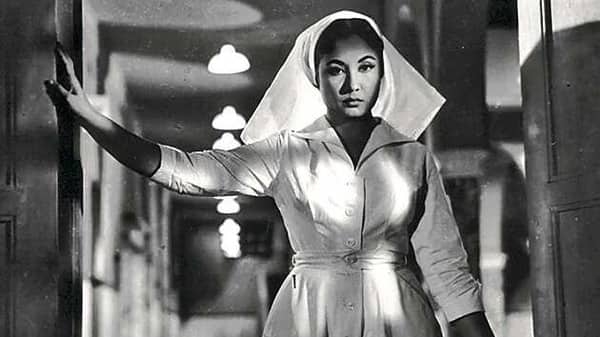 Meena Kumari won four Filmfare Awards in the Best Actress category. Despite having such a fantastic film career this gem of Indian cinema died penniless with not even enough money to pay her hospital bills.

There is nothing more important than personal finance and that is where most of the people fail even if they are earning quite well during their prime time. Unfortunately, there is no stress on personal finance in our school and college education.

Moreover, money matters are not discussed openly with kids in the family. So they never have any background to understand the importance of money, savings, and investments.

When these kids grow up, become successful they still lack the basic skills in personal finance. The importance of money, investments and savings are not appreciated much. In many such cases they end up spending money more than their means esp. when they are successful in their field thinking the money tap is on for forever. But it does not happen that way. One day when things decline on the professional front they start facing financial difficulties. The fall in such a situation is often rapid and almost in every case irreversible.

There are many examples of the celebrities associated with Bollywood who struggled financially in later years. Some of the names include the likes of Bharat Bhushan, Bhagwan Dada, Meena Kumari, Navin Nischol, AK Hangal, Vimi, Raj Kiran, O.P Nayyar, Achala Sachdev, Satish Kaul and so on. The list is endless. I am elaborating from life what they have gone through. These are lessons for every one of us to manage finances better when we are earning. Most of this information is available in the public domain.

Satish Kaul, who was a very successful TV and Punjabi movie actor. He played in many TV serials including Devraj Indra in BR Chopra's Mahabharat and was in Subhash Ghai’s Karma and Ram Lakhan among others. In his prime, he was a celebrity. However, during his old age he was struggling to make ends meet. The blame for his poor financial condition is solely on the actor who did not save and invest properly during his prime time when he was working.

He was in such bad shape financially he had to stay in an old age home and was taken care of by good Samaritans. He was struggling for medicines, groceries and basic needs. While in his prime days he was amongst the top TV, Bollywood and Punjabi movie actors and must have been earning handsomely.

Similar was the case with Bharat Bhushan. Most of today’s generation might not have heard his name. But in 1950s and 60s he was the top most Bollywood actor. He delivered many blockbuster movies. Bhushan owned bungalows in Mumbai. He had to sell off his bungalows and cars in bad times, after he turned co-producer at the instance of his brother.

Only a few of his films were successes and unfortunately, the rest flopped. He did not realise the importance of savings and investments while trusting his money on relatives. He was reduced to accepting small side roles in the 1980s to make ends meet. He died in a very poor financial condition in 1992. Why has this happened when he was one of the most successful actors of his time?

Vimi’s story was even more unfortunate. Vimi graduated from Sophia College, Mumbai majoring in Psychology and got married to Calcutta-based businessman Shiv Agrawal who was in the hardware business. Luck favoured her and she got a major role in BR Chopra's blockbuster 'Humraaz'. It was a huge box office hit and she became an instant star.

Vimi was a style icon. Her photo shoots appeared in every major film magazine including the cover of Filmfare in March 1968. Vimi had made it very clear in the beginning that money was not the reason she had joined films. She had a Pali Hill apartment, designer clothes, mink coat and sports car. She loved to golf, play billiards and go on long drives. But this carefree attitude towards money took her down completely. She and her husband separated, she was living with a cinema broker who continuously exploited her.

Her business in Calcutta called Vimi Textiles, was sold off to pay her debts. She died in extreme poverty alone, uncared and unloved. It was also written that she had taken to prostitution and was living in different hotels.

If any heroine is the epitome of success in Bollywood then it is surely Meena Kumari. She is popularly known as The Tragedy Queen, she was active between 1939 and 1972. Kumari was described by critics as a "historically incomparable" actress of Hindi cinema.

Despite having such a fantastic film career this gem of Indian cinema died penniless with not even enough money to pay her hospital bills.

These are just some of the examples. There are several others. As I said earlier, the list is endless. Also, this is not limited to India only. It is the same world over. We have celebrities like Boris Becker who made $130 Million in his career, but he still went bankrupt and racked up a "historic" debt.

Similarly, Mike Tyson, the most famous boxer of all time, went bankrupt due to his poor money management skills.

Diego Maradona was one of the highest paid athletes in the world, but he 'died poor' with almost nothing left in his bank account.

All have few things in common:

In the real world, things hardly happen the way we assume and we end up getting disappointed. Remember getting rich is not a function of investing a lot of money or dependencies on a single income; it is a result of investing regularly for long periods of time. The money invested today becomes your source of income tomorrow. For this regular saving and investment in appropriate asset classes are required. If you are earning well today as an individual, be more worried about saving for the future.

Warren Buffett rightly said: “If you buy things you do not need, soon you will have to sell things you need.”