Getting ESOPs as a salary package? Here’s why you should consider them

Getting ESOPs as a salary package? Here’s why you should consider them

Employee stock ownership plans (ESOPs) allow workers to buy a certain number of the company's shares in exchange for a salary. As a result, they have a stake in the company. 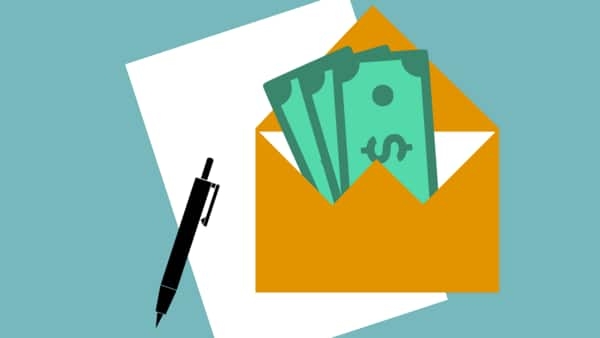 Employee Stock Option Plan, or ESOP, is no longer a foreign concept in the Indian startup world.

ESOPs are regarded as a desirable alternative since workers can directly participate in the company's success by holding shares and can reap financial benefits by selling shares that were bought at a cheaper rate. Employee Stock Option Plan, or ESOP, is no longer a foreign concept in the Indian startup world.

ESOPs were once used to reward and recognise senior workers' efforts, currently, they are used to decrease fund-shed or to provide employees a sense of ownership and, hence, a greater sense of responsibility. To begin, ESOPs are programmes that allow employees to acquire a specific number of the company's shares in exchange for a wage. This effectively gives them a share of the firm. The risk element on the shoulders of the founder is also minimised.

ESOPs have long been offered by firms such as Flipkart, Facebook, and Amazon, and a growing number of Indian startups are following suit. There are several examples of ESOPs that have grown into significant riches over time, for example, employees who worked primarily on ESOPs at firms like Facebook are now billionaires. Let us discuss some major advantages of ESOPs.

Why should you consider ESOPs?

Entrepreneurs frequently have a variety of liquidity options at their disposal when it comes to generating shareholder liquidity. ESOPs purchase business stock at fair market value, which is roughly the same as a private equity buyer.

Employee stock ownership plans (ESOPs) provide employees with the chance to build wealth while contributing to the company's success. Employees profit from ESOPs because they generate retirement savings that are considerably higher than those available via conventional retirement plans.

Many entrepreneurs see their businesses as both an investment and a purpose. The company is the result of a lifetime's worth of labour, as well as value and values-driven judgments. Outside financial purchasers are frequently ill-equipped to recognise the company's true worth and values. Employee stock ownership plans (ESOPs) and employee ownership can help to maintain the founders' and important entrepreneurs' legacies while allowing a new generation to carry on the company's heritage.

But, before taking ESOPs from a startup, keep the following points in mind.

Option to acquire shares at a reduced price can be exercised after a pre decided time period has passed. The vesting period can last up to four years in most cases. If an employee leaves or is dismissed before the vesting period, the ESOPs are forfeited.

Employee stock ownership plans (ESOPs) are taxed as part of an employee's benefits package. However, you should be aware that if you sell the shares, the difference between the sale price and the fair market value would be liable to personal capital gains tax.

One point to remember is that you can get ESOPs from a startup instead of a publicly traded corporation. There are several options for cashing out before the firm goes public. Acquisition would be advantageous, but that is still another game of luck. The equities are transferred to the acquiring firm in the event of an acquisition, and ESOP holders are able to cash out a portion of their shares.

It is critical to read the conditions of the agreement carefully before signing them. When Skype let off a few employees a few years ago, they were only permitted to keep the vested portion of their shares. This was allegedly done in accordance with one of the terms of their agreement, which some of the workers may not have noticed when they signed.

Although ESOPs are not considered a cost to the business (CTC), keep in mind that you are foregoing a portion of your income in exchange for an ESOP. Since you are not a direct owner, it is not a bad idea to weigh the pros and cons of a good CTC vs a CTC with ESOPs. Make the decision that you will not be sorry for all of the hard effort you will put in.

Evaluation of the startup's scope

Given the way startups come and go, determine whether the firm has the potential to continue in the market for at least four years. Before accepting ESOPs from an early stage business, it's critical to understand the idea's scalability. Consistently poor corporate performance might jeopardise the value of the ESOPs. Limiting the number of stocks you can acquire is the greatest approach to cope with this.

Accepting ESOPs can be seen as a gamble of sorts since nine out of ten startups fail. The outcome, like gambling, is entirely dependent on how you play.