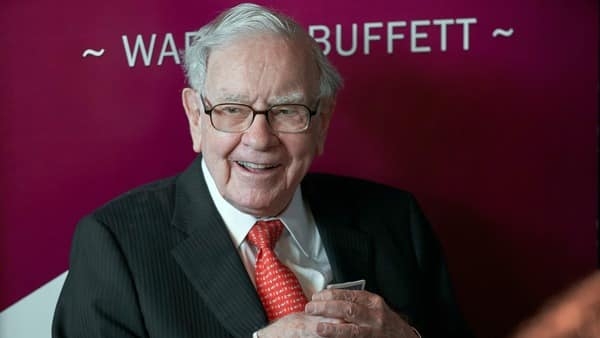 Warren Buffett has been at the helm of Berkshire Hathaway for over five decades. Photo: AP

Berkshire Hathaway's CEO Warren Buffett said that the board agrees Greg Abel, 58, would take over from him if anything were to happen to the 90-year-old CEO of Berkshire, reported Fortune. Buffett said that age was a determining factor in the selection. Abel is currently seen as the most probable candidate.

Decision over succession has been a closely-guarded secret at the conglomerate, despite the fact that the firm assured investors that there is a detailed plan in place. Aside from Abel, 69-year-old Ajit Jain was also often seen as a potential pick in view of Buffett’s praise for Jain, who runs the insurance businesses, Fortune reported.

“They’re both wonderful guys,” Buffett told CNBC. “The likelihood of someone having a 20-year runway, though, makes a real difference.”

The comments came after annual meeting held on Saturday, 97-year-old Charlie Munger, Berkshire’s Vice Chairman, made a remark that stoked speculation that Abel could be the chosen successor. That time Buffett was speaking about how decentralisation wouldn’t work everywhere since it needs a peculiar type of culture that businesses must have, reported Fortune.

“Yeah, but we do,” Munger said. “And Greg will keep the culture.”

It has been a long time since Abel is seen as the most likely candidate to replace Buffett, considering his age and his wide remit overseeing all the non-insurance businesses at Berkshire Hathaway. At the same time, Buffett’s comment buoy the view that he would perhaps take the mantle from the CEO, who spent over five decades at the top job.

Succession remains a crucial topic for Berkshire in view of the ages of Buffett and Munger and their long-time importance to building the company into the more than $630 billion conglomerate. Any successor would take on a business overseeing a wide array of operations, from insurers to a railroad to energy companies and even retailers including Dairy Queen.

It is noteworthy that Abel and Jain were both named vice chairmen in 2018 in promotions that Buffett said were part of the “movement toward succession.” Abel, who previously led Berkshire’s sprawling energy empire, was picked to oversee all the non-insurance businesses, while Jain ran the insurers.