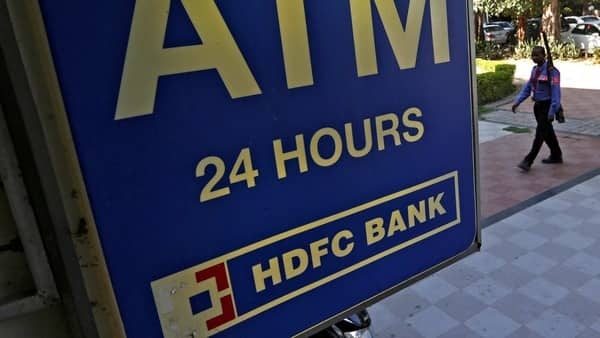 HDFC Bank added 563 branches in fourth quarter of last fiscal while in the entire FY22, it added 734 branches, which is about two branches per day. Photo: Adnan Abidi/ Reuters

In a surprising move, HDFC Bank has shifted its asset mix significantly towards high-rated segments. As a result, its wholesale-to-retail mix has shifted in favour of wholesale, even at the cost of margins, wrote Business Standard.

Further, it is even looking to ramp up its branch network, with an aim to service clients within a 1-2 km radius rather than the current 5-6 km radius.

During the last quarter of fiscal 2022, the private bank added 563 branches while in the entire FY22, it added 734 branches, which is about two branches per day. Further, it is looking to add another 150 branches within a short period of time.

During the fourth quarter, HDFC Bank added 7,167 to its headcount, and for the whole year, the number was 21,486. This is an all-time high.

“Our normal strategy is to ramp up branches, bring in new liability relationships, and the productivity of the branches from a deposit point of view should be best in class,” Vaidyanathan said.

The strategy to rapidly expand branch networks comes at a time when all other banks are going digital. HDFC Bank has been at the forefront of digital transformation and is on course to launch products and services under Digital 2.0 plan after the regulator lifted the embargo on it last month.

The embargo was imposed by the Reserve Bank of India (RBI) in December 2020 after the bank’s mobile and internet banking platforms were hit by frequent outages.

Out of the remaining 61 per cent, 26 per cent is corporate loans and 35 per cent commercial and rural banking (except agriculture).

“Our asset mix has shifted towards higher-rated segments during the Covid period, albeit at lower yields. As a result, net interest income (NII) growth has been lower”, Vaidyanathan said.

Analysts were also unimpressed with 10.2 per cent growth in NII despite over 20 per cent YoY growth in advances.

Besides, lender's NIM stood at 4 per cent, a decline of 10-basis points sequentially. This is perhaps the lowest margin the bank has reported in many quarters.

“NIM is not the only indicator of profitability because typically in the retail segment, NIMs may be higher but they come with higher operating and credit costs. If you are doing a lower margin business on the corporate side, which is highly rated, the operating cost and credit cost will be much lower than the retail business,” said Anil Gupta, vice-president & sector head of financial services rating at ICRA.

Within wholesale, the bank saw demand for loans coming from the telecom sector, public sector undertakings, the manufacturing sector to a certain extent, and non-banking financial companies.

On the retail side, supply chain issues disrupted the vehicles business, which grew lower than the average.