HDFC raises lending rates by 5 basis points for existing customers; What does this mean for you?

HDFC raises lending rates by 5 basis points for existing customers; What does this mean for you?

Several banks including HDFC Bank, SBI, BoB and others announce high lending rates in response to a hike in retail prime lending rates. 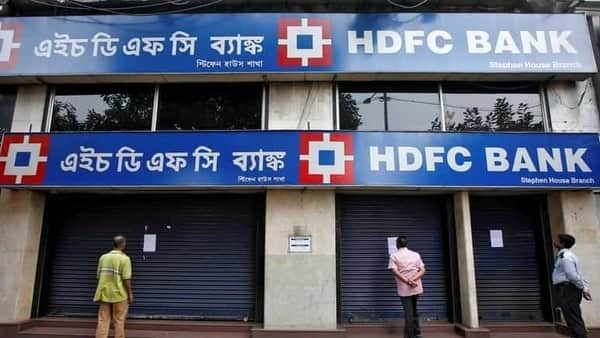 India's leading non-banking financial company HDFC has announced a five-basis points (bps) rise in its retail prime lending rate (RPLR) to 16.1 per cent on May 01, 2022.

Floating rates of home loans are linked to this rate, which means that home loan rates will now go up by 0.05 per cent per annum.

While existing customers have to now pay owing to changes in the home loan rates, the rates on new loans will remain unchanged as new customers would avail of a 5 bps discount on the RPLR. The banks would continue to dole out loans to new customers between 6.7 and 7.15 per cent depending on their individual credit scores.

The new loan rates can be understood with the help of the following example.

Customers seeking loans for up to ₹30 lakh would now be paying roughly 6.85 per cent interest. The rates are slated to go up with the loan amount being more. Those seeking loans in the range of ₹30-75 lakh will have to pay 7.10 per cent while loans amounting to more than ₹75 lakh would beget 7.20 per cent interest. However, women customers would continue to gain as the interest rate is 5-bps lower across all segments.

The move to hike lending rates for existing customers comes in the wake of other banks including the State Bank of India (SBI), Bank of Baroda (BoB), Axis Bank and Kotak Mahindra Bank announcing news of similar hikes in April this year. The current home loan rates on offer by SBI and ICICI Bank are 6.65 and 6.7 per cent, respectively. The rates on new loans are likely to remain constant in the short run.

The rate cycle that had remained unchanged to date resumed after the Reserve Bank of India (RBI) signalled a hardening in its policy stance in response to the consumer inflation that struck the country’s economy during the early phase of 2022. Many analysts now believe that the monetary policy committee (MPC) is likely to hike the repo rates by as much as 75 bps this financial year, thus, prompting a quick uptrend in retail lending rates. Most new retail and small business loan rates are tied up to the repo rate.

A report from ICICI Securities reads, “Proportion of loans linked to MCLR is down to 53% as of December 2021 from 77.7% in FY20, and a mere 5% of floating-rate loans are linked to the base rate.” The analysts at the famous lending house shared that with a rise in benchmark rates over FY 23, the pace of transmission will be more effective as the proportion of the banking sector’s floating rate loans linked to external benchmarks rise further from 39.2 per cent in December 2021.

The interest rates have gone up after two years as the government had opted to take an ultra-accommodative monetary policy stance. This coupled with too much liquidity in the system for the last two years led to interest rates plunging to an all-time low with many lenders offering mortgage loans as low as 6.5 per cent.

There has been intense competition on the home loan front throughout 2021 as interest rates hit an all-time low. Besides, lending banks and financial institutions adopted aggressive pricing measures to cash in on the stamp duty benefits being doled out by states.