Proceeds from the sale will go toward the Liliesleaf Museum Heritage Site, which, in 2004, received this arrest warrant as a donation 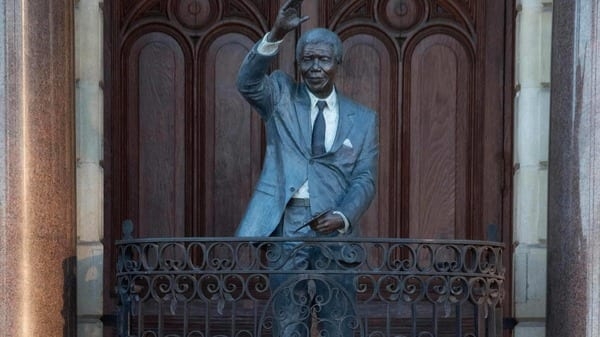 In 2021, the museum also received about $50,000 raised through an auction of a NFT of a pen gun owned by Oliver Tambo, a fellow freedom fighter. Photo: AFP

Mandela, the anti-apartheid activist who emerged from 27 years in prison to become South Africa’s first Black president, was arrested in 1962 for conspiring to overthrow the White-minority government, Business Standard wrote.

Proceeds from the sale will go toward the Liliesleaf Museum Heritage Site, which received the original document in 2004 as a donation, said Ahren Posthumus, chief executive officer of Momint, the marketplace for NFTs that sold the Mandela item.

In 2021, the museum also received about $50,000 raised through an auction of a NFT of a pen gun owned by Oliver Tambo, a fellow freedom fighter.

“They have been badly affected by the lack of tourism due to Covid. So, this is a way to revitalise their flow and keep history alive,” Posthumus said in an interview.

Mandela was released from prison in 1990 and the first multiracial election was held four years later, wrote BS.

The buyer of the NFT will have exclusive access to the original document at Liliesleaf Museum, Posthumus said. “The ink is visible through the paper” of the high-definition scan, he said.

Liliesleaf farm was used by the African National Congress as the secret headquarters from 1961 and it was the place where Mandela and other party leaders hid from authorities. Police arrested leading activists here in 1963.

NFTs have surged in popularity in recent months — with caricatures of animals such as monkeys and lions commanding high prices, sometimes in millions of dollars. Sports clubs, prestige automakers and even pop stars are among those getting into the nascent trading business, which uses blockchain technology to authenticate unique ownership tokens attached to otherwise easily reproducible digital goods.