With an unrestrained grip over global payment systems via Swift, any country can be ostracized as shown in the recent turn of events of Russia-Ukraine crisis. We explore its alternatives 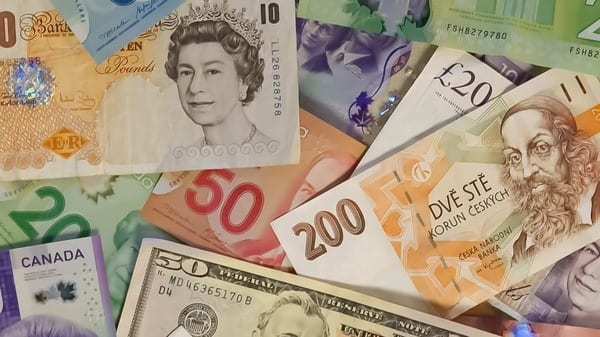 SPFS is a Russian equivalent of the SWIFT financial transfer system which was developed by the Central Bank of Russia.

First it was Iran, North Korea followed by Russia in the wake of latter’s attack on Ukraine – a handful of nations are now out of the SWIFT umbrella. This has triggered a debate over alternative payment system that enables cross country payments. Currently, Russia is using SPFS system, while China is developing CIPS (Cross Border Interbank Payment System).

The exclusion of Russian banks from the Swift system gives rivals such as China a rationale to promote digital versions of their own central banks’ money in global trade and finance — something that could weaken the dollar’s global clout.

One may turn over some history pages to find an answer to this. Nearly a decade ago, India started its own payment system for payments to Iran in 2012. After a round of U.S. sanctions impacted Iran's ability to engage in bilateral trade with India, UCO Bank was made primary payment agent between the two nations.

As part of this arrangement, an Iranian bank would open a ‘vostro’ account' with UCO Bank. Oil importers from India could then submit rupee funds with this vostro account to avail oil from Iran. Then UCO Bank would route these payments to Iran.

Bilateral trade between India and Russia between April 2020 and March 2021 amounted to more than $8 billion. India exported goods worth $2.6 billion whereas Russia sent goods worth $5.48 billion.

SPFS is a Russian equivalent of the SWIFT financial transfer system which was developed by the Central Bank of Russia and has been in development since 2014, when the US threatened to exclude Russia from the SWIFT system.

But there are quite a few challenges in the system – the primary being that it only works within Russia with plans to integrate the network with the China-based Cross-Border Inter-Bank Payments System (CIPS). Consequently, the SPFS system is seen as a last resort, and not a replacement for the SWIFT network, at least not as yet.

There are talks to expand this system to developing nations such as Turkey and Iran. A range of agreements have been reached to link this system to other nations’ payment systems in China, India, Iran, and countries inside the EAEU which are planning to use SPFS directly.

There were 23 foreign banks connected to the SPFS from Armenia, Belarus, Germany, Kazakhstan, Kyrgyzstan and Switzerland towards the end of 2020.

Can cryptos be a viable alternative?

There are some crypto enthusiasts who argue that the blockchain technology can replace the SWIFT network. Since blockchain is a decentralised software and each transaction is recorded on public distributed ledger, the cross-border payments can be secure, fast and reliable.

Since the price of cryptocurrencies is highly volatile, they may not be considered an effective replacement of fiat currency, as yet.  For instance, most digital currencies fell by as much as 9 percent in a day following the Russian invasion – a decline unheard of in the forex markets

As a matter of fact, Ripple — made on blockchain — is designed primarily to let banks and other financial services firms send money across borders fast and at a low cost.

However, the crypto token is stuck in a legal feud with US market regulator — SEC (Securities and Exchange Commission). The regulator alleged the company and its executives sold $1.3 billion worth of the tokens in an unregistered securities offering.

So, we can see that as of now there is no feasible alternative to the cross-border payment system largely controlled by SWIFT – though efforts are being made Russia-led SPFS and China-led CIPS, and to some extent by cryptocurrencies.